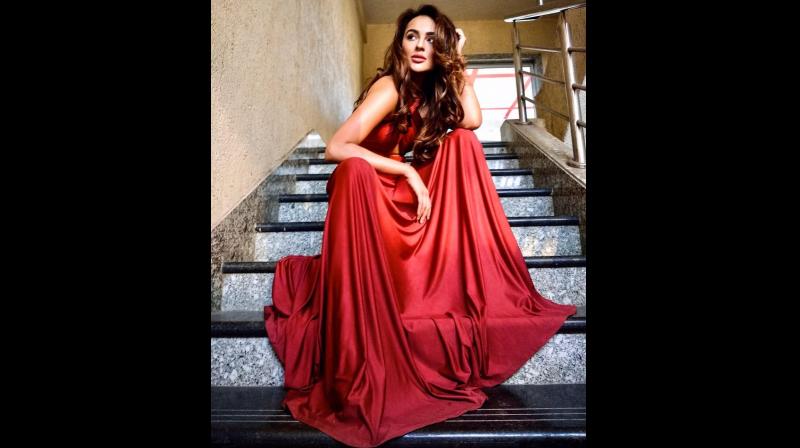 Seerat Kapoor, actress, model, choreographer and dancer, is making her Bollywood debut with the film Maarrich alongside Naseeruddin Shah and Tusshar Kapoor. She chats with us on Maarrich and other topics.
Seerat, who started out as a choreographer for the Ranbir Kapoor-starrer Rockstar, subsequently turned to acting and the film industry in the South. She has acted in Telugu and Tamil films. Maarrich marks her acting debut in Bollywood.
Telling us a little bit about Maarrich, she says, “It’s a murder mystery. I’m playing the lead along with Naseer Sir and Tusshar Kapoor, that’s all I can reveal now. We are filming; we are currently shooting in Mumbai. It’s an ensemble cast.”

You tweeted that while working with Naseeruddin Shah your heart skips a beat.
“I’m extremely humbled to have started my Bollywood acting journey with such a veteran. Sharing screen space with Naseer Sir has been one of the most humbling experiences. There is so much to learn from him — the way he carries himself, and his process of excelling in his craft are worth seeing.”

Was it intimidating to work with Naseerudin Shah in the debut film?
“I shot with Naseer Sir in the first schedule. I don’t think I was intimidated. When you have a veteran like him standing in front of you, all you want to do is learn from him. I was excited all the time, trying to figure out how our energy would come together in the context of the scene. He is extremely supportive as an actor and is tremendously patient and very encouraging. It was lovely working with him.”

Asked if she had received praise from Naseeruddin Shah, she said “We started shooting our most important scenes together on our very first schedule. That took a little time. He did come up to me and tell me that it was a really good shot. You must watch it; we shared a very graceful shooting experience.”

Seerat dreams of working with Director-Producer Sanjay Leela Bhansali, Zoya Akhtar and other Bollywood luminaries. Amongst the male actors, she most wishes to work with Ranbir Kapoor. “I look up to Ranbir Kapoor as a thorough professional. He is extremely enthusiastic. Working with him in Rockstar was a comfortable experience. At that time my world was dancing; now it has changed to acting,” she shares.