The actress joked at a recent awards show that she wants to play Hiroo Johar if ever a biopic is made on Karan's life. 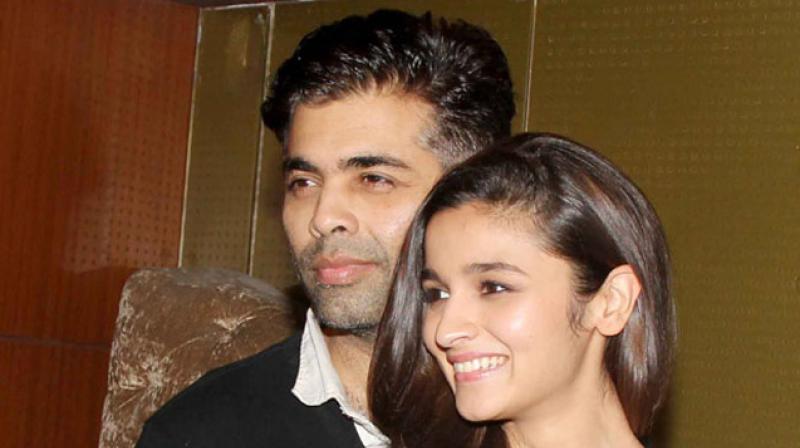 Mumbai: After launching Alia Bhatt in 'Student of the Year', Karan Johar has gone on to cast the actress in several other of his productions and delivered successes with the partnership.

Alia has since then gone on to establish herself as a dependable young star in Bollywood.

At a recently held awards function, Alia happened to win one for herself, and incidentally, it was Karan who presented her with the award.

During the ceremony, an emotional Karan happened to exclaim that Alia is his second daughter and his third child.

Alia being her bubbly chirpy self, went on to remark she’d play KJo’s mother Hiroo Johar, if the ace director’s biopic were to be made.

At this point, Karan bit the bait and retorted, “You aren't Sindhi enough.”

However, he did add that Alia could very well play his childhood sweetheart and best friend Twinkle Khanna, if a film as such were to materialise.

Well, wouldn’t that be one sensational biopic?!