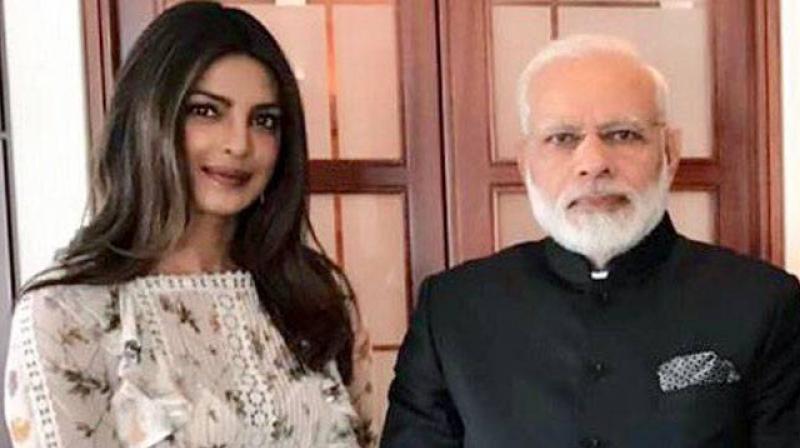 Mumbai: Priyanka Chopra is currently busy in promoting her debut Hollywood film 'Baywatch' in Berlin and she met our Prime Minister Narendra Modi too.

However, the 'Bajirao Mastani' star seemed unfazed by the trolling and posted a photo of her flashing some more legs and roped in her mom, Madhu Chopra for the pic.

She captioned the snap, "Legs for days... #itsthegenes with @madhuchopra nights out in #Berlin."

In the photo, Priyanka looks stunning in a denim dress and velvet heels, while her mom looks pretty in a black crop top and metallic grey miniskirt with ankle boots.

Yesterday, Priyanka met the Prime Minister and shared a message on social media, "Was such a lovely coincidence to be in #berlin???? at the same time as the Prime Minister. Thank you Narendra Modi Sir for taking the time from your packed schedule to meet me this morning.”