Salman Khan is known to launch many popular faces today, his most successful launch being London import Katrina Kaif. 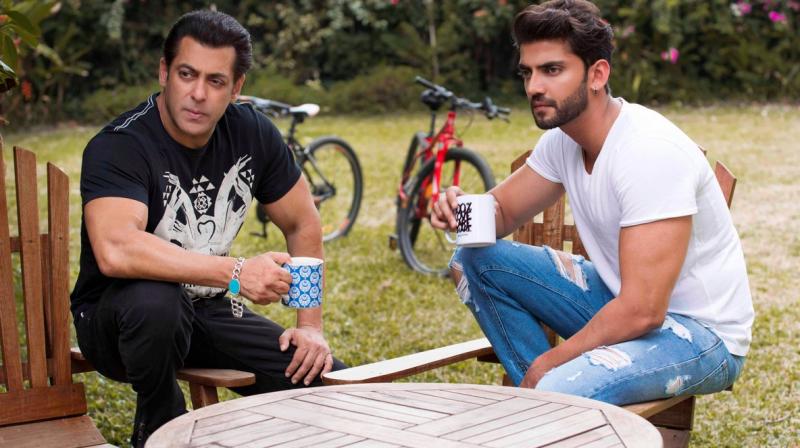 Salman Khan is known to launch many popular faces today, his most successful launch being London import Katrina Kaif.

Salman then went on to launch Sonakshi Sinha through ‘Dabangg’, Zareen Khan through ‘Veer’, Daisy Shah in ‘Jai Ho’ and his recent being Aayush Sharma and Warina Husssain for the movie which was initially titled ‘Loveratri’.

He is often known as the man with the golden touch, since any actress he works with, suddenly gains unmatched popularity. Take for example, Jacqueline Fernandez, who became an A-lister after doing ‘Kick’ with Salman.

While Salman is ready for his Eid release ‘Race 3’ with Jacqueline, he is also gearing up to launch another face in Bollywood.

This boy is named Zaheer Iqbal, who has played in Salman Khan’s lap since he was a child. Salman, according to a report on Bombay Times, noticed Zaheer when he did a stage performance at Salman’s sister’s wedding and since then decided to give the boy a Bollywood launch.

Ever since, Salman started training Zaheer and now that he feels the boy is ready, he even named him ‘Zahero’. Salman, who is obviously fond of Zaheer, also clicked some photos of him, which he last did for Hrithik Roshan.

Salman’s banner SKF (Salman Khan Films) will produce the film along with Murad Khetani and Ashwin Varde of Cine1 Studios. The untitled film will go on floors in September and will be helmed by Nitin Kakkar, who directed ‘Filmistaan’ in 2013. Zaheer will be paired opposite a fresh face who will be his leading lady in the film.

Interestingly, Zaheer’s father happens to be Salman’s childhood friend, who has no other connection to Bollywood.

Murad, Ashwin as well as Nitin were all praises for Zaheero (what they call him)’s talent.