Varun Dhawan and Nitesh Tiwari not coming together for film?

After Tiwari had confirmed he had approached Varun for the film, it seems the potential collaboration has fallen through. 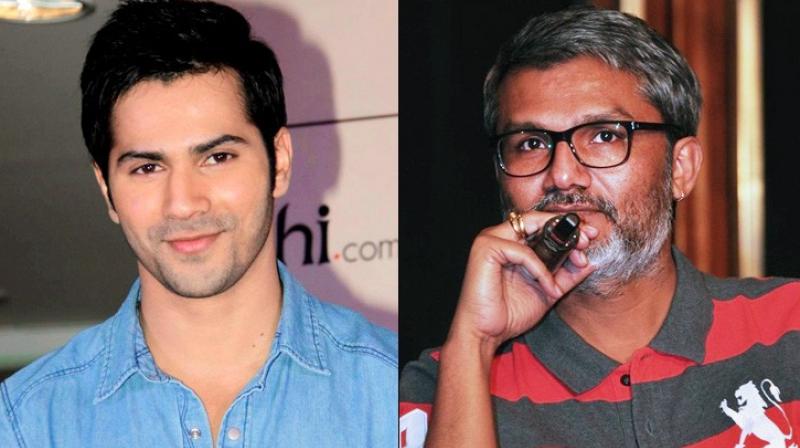 Varun Dhawan and Nitesh Tiwari would have been a great partnership for a film.

Mumbai: 'Dangal' shattered most of the box-office records on display and while superstar Aamir Khan was one of the reasons for it, director Nitesh Tiwari also deserves substantial credit for it.

Actors should be excited to be working on Tiwari's next film, but Varun Dhawan has done the unthinkable, quietly turned down the director’s next.

Tiwari had earlier said that he was doing a film with Sajid Nadiadwala, but recent reports claim that he is adapting Varun Agarwal’s debut novel, ‘How I Braved Anu Aunty And Started A Million Dollar Company’, and the film will be produced by Ronnie Screwvala and Siddharth Roy Kapur. Tiwari had confirmed that he has approached Varun for the film.

Despite the presence of a noted director and successful producers, it seems Varun is unimpressed.

“Varun heard the narration of Nitesh’s which is being produced by Sidharth Roy Kapur. The film is reportedly based on Varun Agarwal’s debut novel, How I Braved Anu Aunty And Started A Million Dollar Company (2012), a true story set in Bangalore about a 20-something guy who wants to own a business but doesn’t find any takers and how he is thwarted by Anu Aunty, his mother’s best friend, in every move. The 30-year-old author is an entrepreneur and filmmaker too and co-founded Alma Mater, which makes and supplies customized sweat-shirts to alumni in schools and colleges across India,” a source close to the development told an entertainment portal.

Varun has had a successful run in his career till now, with most of his films doing well and apparently the actor has become extremely cautious about his choice of scripts.

“Varun studies the pros and cons of each and every script that comes to him and also felt that the coming-of-age story did not have much commercial appeal. While there was a message of hope, the script was a bit dry as the novel was more of a pep talk for all hopeful entrepreneurs offering useful advice. It would be tough for him to portray someone who was his own age too. While Varun wants to do a biopic he’s clear about how the character should be. He had turned down the biopic on a hockey legend last year,” the source further added.

Varun in a way hinted at the potential collaboration falling through and said, “I'm really keen to work with Nitesh as he's a very good director. We have discussed a couple of ideas and hopefully, we will do something in the future.”

With ‘Judwaa 2’ directed by his father David Dhawan releasing this year, a film directed by Shoojit Sircar and his Yash Raj debut opposite Anushka Sharma is his kitty, Varun can surely afford to be a bit more choosy.