Together after 8 years: Aishwarya confirms Gulab Jamun opposite husband Abhishek

After speculation for more than a year now, the star couple has finally given their nod to the slice-of-life drama. 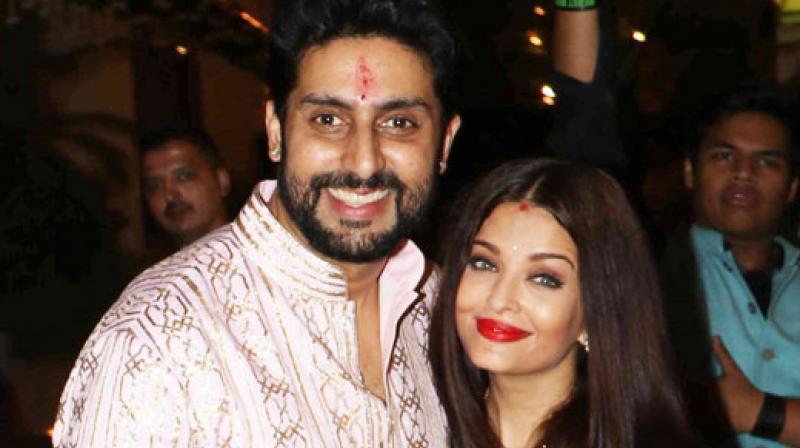 Mumbai: News of a certain film ‘Gulab Jamun’ being produced by Anurag Kashyap and likely to star Aishwarya Rai Bachchan and Abhishek Bachchan has been going on since more than a year.

From reports of the couple signing the film, followed by Abhishek confirming in June last year that he was in early talks, there was heartbreak for their fans when rumours of them turning down the project surfaced.

We had reported a week ago that the Bachchan pair has finally signed on the dotted line, and now Aishwarya has confirmed the news.

“AB (Abhishek) and I have agreed to do 'Gulab Jamun.' I told AB that he needs to decide what he wants to do after 'Manmarziyan'," she told Mid-day.

The actress revealed they were approached for it one-and-a-half years ago and added, "We had agreed on the idea then. However, it was around the same time that AB decided to take time-out. After the hiatus, he returned with 'Manmarziyan,' which coincidentally is directed by Anurag Kashyap. That's when the chatter around ‘Gulab Jamun’ began again, and we finally came on board. It is a beautiful script, and we fit the narrative perfectly."

So what made them say yes this time? "The script has to be interesting if a real-life couple is coming together."

The couple asks, "Does it excite us?" to judge if they should come together for a particular film.

She continued, "We have got many scripts, and at times, we got tempted too. But then, we discuss it out loud. We take stock and say, 'Does it excite us?' Why should marriage define our choices? Shouldn't we be actually approaching the story as individual actors?"

The film, a slice-of-life drama, is not directed by Anurag Kashyap but will ve helmed by Sarvesh Mewara. The project is backed by the former’s production house Phantom, where he is partnered by Vikramaditya Motwane, Vikas Bahl and Madhu Mantena.