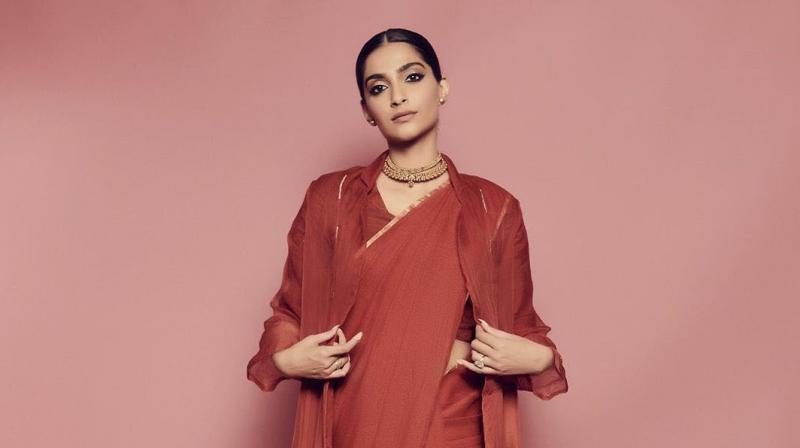 Until a few seeks ago, nobody could imagine theatres ever reopening. Now that the world has begun to unlock, the doors of movie theatres in London opened for Christopher Nolan’s much-awaited Tenet.

And Sonam Kapoor and her designer husband Anand Ahuja made sure to catch a show of the film.

The Delhi 6 actress, who is currently in London with her husband, took the precautions by wearing a mask while watching the action-thriller.

Taking to Instagram, Sonam shared a selfie, in which she is seen sitting in the movie theatre. “At last in the cinema…so happy…The big screen is magic.”

Reeling from the experience, the Neerja actress posted a still from the film and was all praise for Dimple Kapadia’s performance.

“So I went to watch @tenetfilm in the cinema today. Firstly the incredible experience of watching a film on the big screen is unparalleled. Secondly to watch the luminous Dimple Kapadia in the film gave me goosebumps. Nothing compares to cinema, the big screen and its magic. Nothing,” Sonam wrote. Her post had approval comments from Anil Kapoor, Ayesha Shroff, and others agreeing that there is nothing better than watching a film on the 70 mm screen.