A Twitter user has recently asked Anil Kapoor to become Maharashtra CM amidst the tussle between BJP-Shiv Sena. 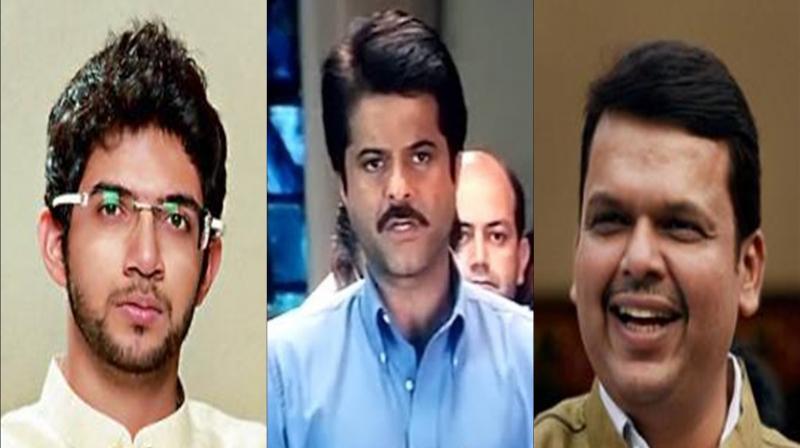 Mumbai: Bollywood actor Anil Kapoor is known as one of the finest actors in the Indian cinema. The 62-year-old actor never failed to impress fans with his solid performance in films.

Right from his first Hindi film 'Woh 7 Din' to 'Ek Ladki Ko Dekha Toh Aisa Laga', the veteran star has been mesmerising everyone with his energy and acting skills. Amidst all, the one role of him which will forever be remembered as Chief Minister of Maharashtra's portrayal in 2001's hit 'Nayak'.

The film is still hit on TV and one can agree that the 'Jhakaas' star was simply amazing in the role of Maharashtra CM. On the other hand, state-level politics is generating headlines for its high speculation over the chief minister of Maharashtra.

Responding to the same tweet, Anil replied, "Main Nayak hi theek hu (I am better off as an actor).”

Meanwhile, 'Nayak' also starred Rani Mukerji and Amrish Puri and was directed by S. Shankar. Anil was last seen 'Ek Ladki Ko Dekha Toh Aisa Laga' and 'Total Dhamaal'. He will next be seen in 'Pagalpanti' and 'Malang'.