The release date of Sanjay Leela Bhansali’s controversial period film is yet to be finalised. 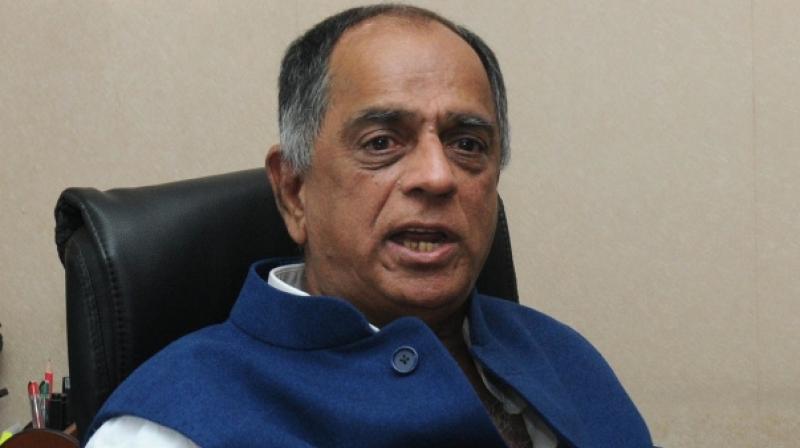 The CBFC under Pahlaj Nihalani led to several controversies in the past few years.

Mumbai: Former Central Board of Film Certification (CBFC) chief Pahalaj Nihalani has raised questions about the censor board's role in the controversy surrounding 'Padmavati', claiming that the film was sidelined by it.

Nihalani, on Saturday, was commenting on the recent developments, wherein the CBFC suggested few modifications in the controversial movie, including changing of the film's title to 'Padmavat', after which it would be given a UA certificate.

"The film faced so many controversies even before people saw it. This decision could have been taken before the film was opposed by the people and the political parties in several states", Nihalani told ANI.

"This film was sidelined by the CBFC and it raises the question on the Censor Board. Producers suffered such huge losses because of the cuts. Vote bank politics has obviously been done, the film is being seen after elections. Chairman Prasoon Joshi faced pressure from the ministry", he added.

Speaking on the development, former Film and Television Institute of India (FTII) chief Gajendra Chauhan has expressed delight that the controversy is about to get resolved.

"I would like to congratulate the censor board and Bhansali who amicably tried to solve the matter. And I think the issue should now finally end", Chauhan told ANI.

Meanwhile, filmmaker Ashoke Pandit said that it will be a great day for the entire film industry and film lovers when the film will be on the screens.

"I congratulate and compliment Sanjay Leela Bhansali that finally after so much of uproar, the film will see the light of the day," Pandit told ANI.

For those unversed, the decision came after an examining committee meeting by the CBFC was held on December 28. It consisted of the regular committee members, along with the CBFC officials and a special advisory panel in the presence of Chairman Prasoon Joshi.

The other key modifications suggested in the meeting include those of the disclaimers, pertinently adding one regarding not glorifying the practice of Sati and also relevant modifications in the song 'Ghoomar' to befit the character portrayed.