First look: Zazie Beetz as Domino in Deadpool 2 will remind you of Ryan Reynolds

Domino is seen lounging in front of a fireplace atop of Deadpool, who has been flattened out into a rug. 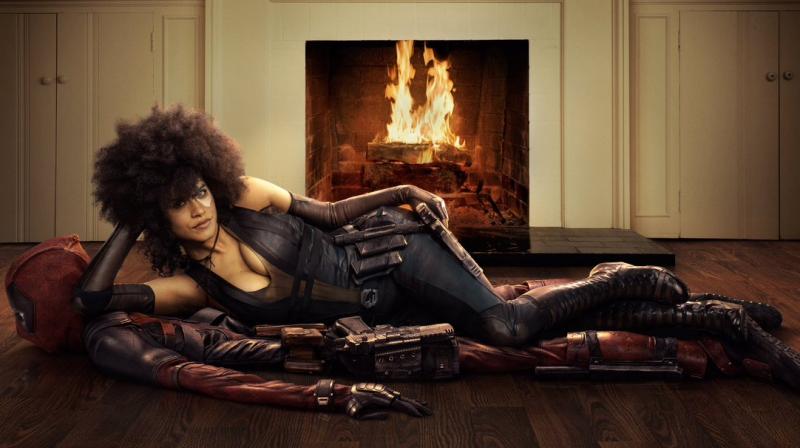 First look of Domino in 'Deadpool 2.'

The 40-year-old actor took to Twitter and shared the first image of actress Zazie Beetz as Domino.

With his usual quirky style, he captioned the snap, "Some people just know how to work a red carpet."

Some people just know how to work a red carpet. #Domino #DeadPool2 pic.twitter.com/llCc8JfKT6

In the photo, Domino is seen lounging in front of a fireplace atop of Deadpool, who has been flattened out into a rug.

The snap is a callback to one of the first photos of Reynolds as Deadpool, the one where he was lying on a rug in front of a huge fireplace.

The real name of the character is Neena Thurman and like her mutant name might suggest, she has the ability to alter her luck in situations through telekinetic acts.

Reynolds has not been shy about sharing photos from the set of the highly-anticipated sequel, which will also star Josh Brolin as Cable.

In June, Reynolds posted a photograph posing in front of the X-Mansion in costume, and two weeks ago, he confirmed Leslie Uggams' return as Blind Al in another photo.

Similarly, Brolin has also documented his transformation into the psychic mercenary on social media, too.