Ryan Reynolds has been avidly pursuing Hugh Jackman for a cameo in 'Deadpool 2'. 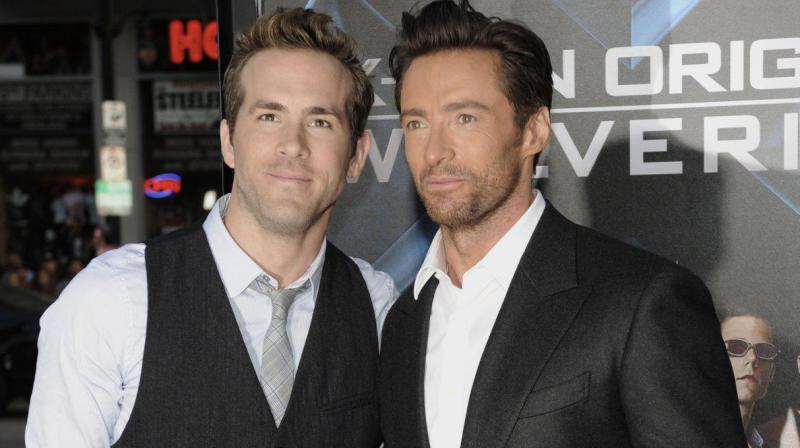 An appearance is close to impossible as Jackman is adamant that he will not be returning to the role. (Photo: AP)

Mumbai: Actor Ryan Reynolds sent cupcakes to Hugh Jackman in a bid to persuade him to return as Wolverine in a ‘Deadpool’ movie.

The 48-year-old actor has decided to bid adieu to Wolverine, but Reynolds is keen to persuade him to return to his clawed mutant alter ego one more time to appear in the highly-anticipated second outing for wise-cracking anti-hero Wade Wilson, reported Female First.

Asked if his phone is ‘off the hook’ because of calls from Reynolds, Jackman replied, "Not only is it off the hook, cupcakes! I mean, come on dude, cupcakes?"

The Australian actor said the gift was a way of the ‘Deadpool’ star suggesting he would not have to be as toned as usual in his film.

"Which is also his way of saying, come on, fatten up buddy," Jackman quipped.

However, it seems an appearance is close to impossible as Jackman is adamant that he will not be returning to the Marvel role in the future.

"This is it; there were many days on set where I'm like, 'Good choice!' I feel like the athlete who has had a 17-year career and announced his retirement," he said.