The Extraordinary Journey of the Fakir trailer: Dhanush is charming magician! 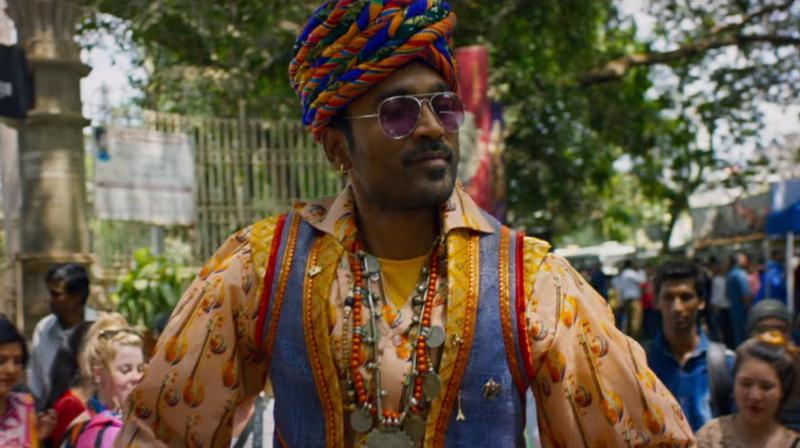 Mumbai: The makers of the movie The Extraordinary Journey of the Fakir released the trailer of the movie today. The trailer opens with Dhanush trying to wriggle his way out of the hands of cops by claiming that he is a very well-known Fakir from India and can perform magic. Later, it goes on to give us a glimpse of how he grew up realising that he is poor but has this one ultimate dream to visit Paris one day.

The movie marks the Hollywood debut of National Award-winning actor Dhanush. Interestingly, it's also the first Hollywood film with an Indian A-lister as the main lead. Before its Indian release, the movie has been screened in many film festivals and in these, it has not just managed to get rave reviews, and awards but also managed to smash box office collections.

The movie Extraordinary Journey of The Fakir is based on the book by Romain Puértolas and it revolves around an Indian street magician's journey to Paris. Finding himself in the midst of a crazy adventure he never bargained for. The film deals with the problems of refugees across the world but despite handling a rather sensitive subject, the film seems to be filled with light-hearted humour.

The trailer gives a glimpse of how the movie manages to highlight the problems faced by immigrants all over the world in a light-hearted fun way. The Extraordinary Journey of The Fakir will be releasing in India, USA, Canada, UK, Singapore and Malaysia on June 21, 2019.