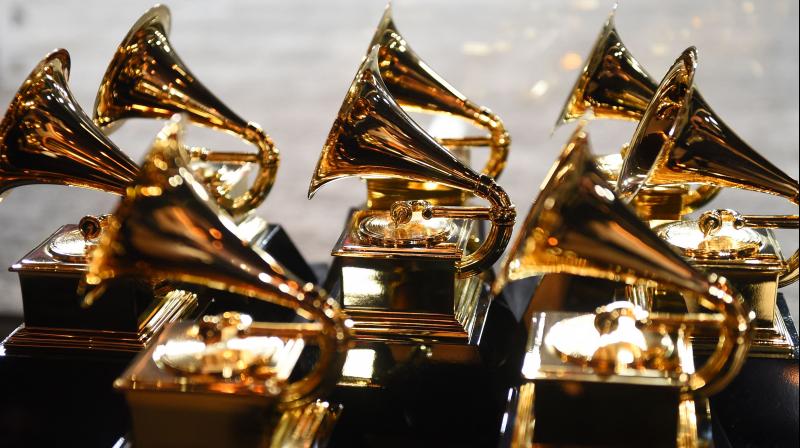 Washington: The 2022 Grammy Awards will not take place as scheduled amid a spike in COVID-19 cases, fuelled by the emergence of the Omicron variant.

As per People magazine, the award show, which celebrates the best in music, has been postponed until further notice.

The Recording Academy and CBS made the announcement in a joint statement on Wednesday.

"The health and safety of those in our music community, the live audience, and the hundreds of people who work tirelessly to produce our show remains our top priority," the statement read.

"Given the uncertainty surrounding the Omicron variant, holding the show on Jan. 31 simply contains too many risks. We look forward to celebrating music's biggest night on a future date, which will be announced soon," the statement concluded.

This is the second year in a row that the award ceremony has been postponed due to the COVID-19 pandemic, reported People magazine.

Last year, the show was postponed until March, and shortly after the announcement, Harvey Mason Jr., CEO of the Recording Academy told Entertainment Tonight that the decision was made "based on the decline of the health circumstances around Los Angeles and the country" amid the ongoing pandemic.

"It didn't feel like the right time to be having the show on Jan. 31," he previously said.

He added, "COVID-19 has had a big impact on our planning process and how we're putting the show together. As we move to our March 14 date, it'll give us a little more flexibility to watch what happens and to have more conversations with health officials and continue to evolve the show."

The award show did indeed take place in March, outdoors with precautions in place to be quarantine-friendly and partly virtual.

This year's award show, hosted by Trevor Noah for his second consecutive year was set to take place at the Crypto.com Arena in Los Angeles.

John Batiste is leading this year's nominations with 11 nods -- including album of the year, record of the year and best R&B album.

A new date for Grammys 2022 has not been set yet. A slew of other events has been cancelled or postponed due to the surge of COVID-19 cases spurred by the Omicron variant.

Among the ceremonies postponed so far are the Critics Choice Awards, the Governors Awards and the AFI Awards. BAFTA's Tea Party has been cancelled, as have a number of premiere events including those for 'How I Met Your Father' and 'Peacemaker'. Broadway has also seen its share of cancellations and postponements.