Entertainment   Hollywood  06 Apr 2017  Pierce Brosnan to play Cable in Deadpool 2? Here's what he has to say
Entertainment, Hollywood

Pierce Brosnan to play Cable in Deadpool 2? Here's what he has to say

A picture of him posing with Ryan Reynolds and Hugh Jackman had set off rumours about his casting for the film. 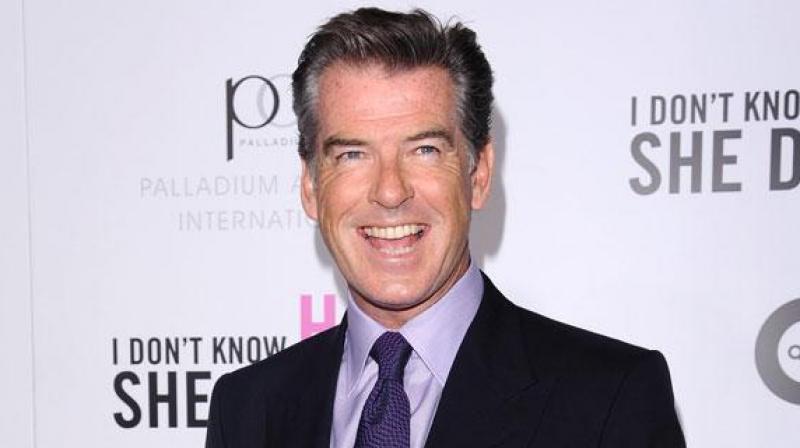 Pierce Brosnan had recently made headlines for his advertisement for pan masala. (Photo: AP)

Mumbai: Actor Pierce Brosnan has refuted rumours that he's in negotiations to play Cable in the upcoming ‘Deadpool 2’.

The former James Bond actor cleared up the air during a visit to ‘Jimmy Kimmel Live!’, saying, "Not true. Nothing's come my way yet", reported Ace Showbiz.

When asked about the picture that showed him sitting with Ryan Reynolds and Hugh Jackman, he says, "We were sitting, waiting for a plane, the three of us, and the guy said, 'Quick, let's get a photograph,' and I jump in the middle and Mr. Reynolds said, 'Let's do Three Wise Monkeys.' We put it out there and it went viral. I don't lie. They know where to find me, it's just fabricated."

The second ‘Deadpool’ film is scheduled for 2018. Zazie Beetz is tapped as Domino. ‘Man of Steel’ actor Michael Shannon and ‘Stranger Things’ star David Harbour are in contention to play the main baddie.