The superstar has shot down reports of a rift between the two and added that it was blown out of proportion. 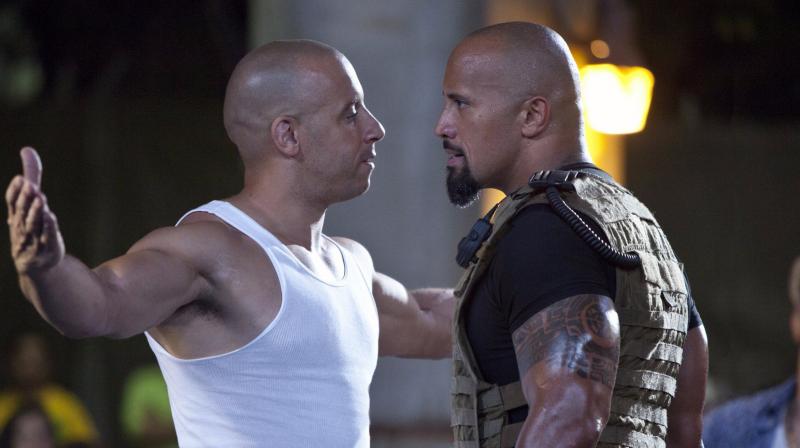 Vin Diesel and Dwayne Johnson's partnership in the 'Fast and the Furious' franchise have been popular with the masses.

Los Angeles: Hollywood action star Vin Diesel says he and his 'Fate of the Furious' co-star Dwayne Johnson are close and their feud was blown out of proportion.

Although there have been reports that Vin, 49, and Johnson - are bitter enemies off-screen, the former says they share a mutual respect, reported USA Today.

"I don't think the world really knows how close we are, in a weird way. I think some things may be blown out of proportion. I don't think that was his intention. I know he appreciates how much I work this franchise. In my house, he's Uncle Dwayne," Vin says.

"I protect the franchise. I protect everybody including Dwayne. I protected Dwayne more than he'll ever know. And it doesn't matter. He doesn't have to know. But he appreciates it. He knows it. Dwayne has only got one Vin in his life. Dwayne Johnson only has one big brother in this film world and that's me."

Vin admits the pair have had their differences in the past but insists that they always work things out.

"It's not always easy being an alpha. And it's two alphas. Being an alpha is sometimes a pain in the butt."

Allegations of a feud between The Rock, 44, and Vin first emerged last year after the former wrestler took to social media to slam some unnamed 'Fast and Furious' franchise co-stars.

In his rant, The Rock praised his female co-stars in the film, Charlize Theron, Jordana Brewster and Michelle Rodriguez, but admitted it was a "different story" working with the guys.