The actor took to his Instagram and wrote, 'thought it was time people heard from me' 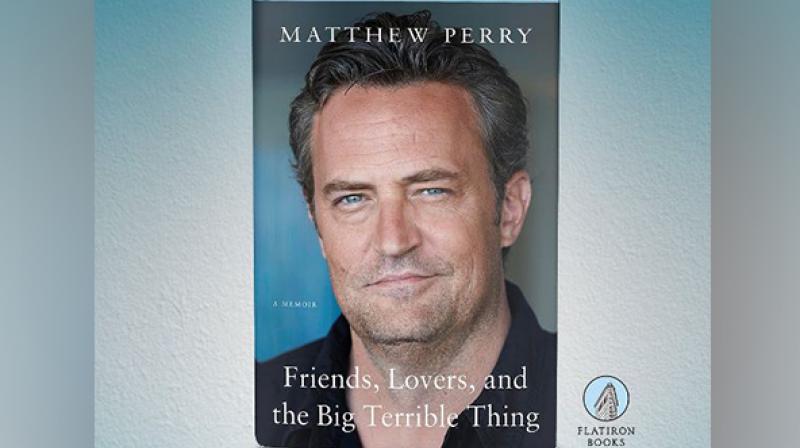 The book is titled "Friends, Lovers and The Big Terrible Thing." (Photo: Instagram/mattyperry4)

Washington: If you are a die-hard 'Friends' fan, then this news might rejoice you as the sitcom alum Matthew Perry has finally unveiled the title and cover page of his previously announced memoir.

Taking to his Instagram handle, Perry unveiled the cover page of his upcoming memoir and wrote, "So much has been written about me in the past. I thought it was time people heard from me."

"The highs were high, the lows were low," the actor, who played fan favourite Chandler Bing continued adding, "But I have lived to tell the tale, even though at times it looked like I wouldn't. And it's all in here. I apologize it's not a pop-up book."

The cover page shows a close-up picture of the 52-year-old star and the title that reads, "Friends, Lovers and The Big Terrible Thing."

The actor had featured in several guests roles and cameos before he appeared as a series regular on the 1990 show 'Sydney' as the younger brother of Valerie Bertinelli's title character.

He then famously played Chandler Bing on 'Friends', which ran for 10 seasons on NBC from 1994 to 2004 and also starred Courteney Cox, Jennifer Aniston, Lisa Kudrow, Matt LeBlanc and David Schwimmer in the lead roles.

Last year, Perry and his five former co-stars were all together again for HBO Max's long-awaited 'Friends' reunion special, during which they revealed a number of behind-the-scenes tidbits from their time on the show and reminisced about being a part of the hit series.

As per People magazine, the memoir, which was first announced in October 2021, will be released on November 1, 2022.