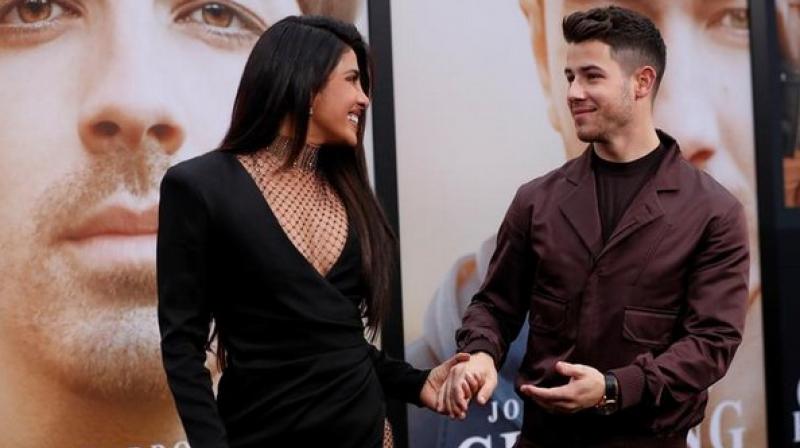 Priyanka and Nick also shared the news on social media in a video where the 'Mary Kom' actor ended up making a little gaffe. (ANI)

Washington: It will be a couple's affair when the nominations for the 93rd annual Academy Awards are announced! Global star Priyanka Chopra and singer-actor Nick Jonas will announce the Oscar nominations on March 15.

The Academy took to Twitter and revealed that the power couple will announce the nominations in all 23 categories on Monday. The nominations will be announced in two parts via global live streaming.

Priyanka and Nick also shared the news on social media in a video where the 'Mary Kom' actor ended up making a little gaffe. Sharing the video on Instagram, Priyanka used the latest TikTok trend.

Behind Priyanka, an unimpressed Nick lets her know that she has already told everyone that they are announcing the Oscar nominations.

"Hey @theacademy, any chance I can announce the Oscar nominations solo? Just kidding, love you @nickjonas! We are so excited to be announcing the #OscarNoms on Monday, March 15th at 5:19AM PDT! Watch it live on youtube.com/Oscars," Priyanka wrote along the video posted on Instagram.

The Academy Awards are happening after a long delay this year. Usually scheduled for early February, the ceremony is slated to take place on April 25 this year, due to the ongoing coronavirus pandemic. The 93rd Oscars will be televised live on ABC.

The actual ceremony was also expected to be a virtual affair, with nominees joining in from their home through video feeds, much like what was seen during the Emmy Awards last year and the Golden Globe Awards more recently.

Films like Chloe Zhao's 'Nomadland', Aaron Sorkin's 'The Trial of the Chicago 7', and Emerald Fennell's 'Promising Young Woman' are expected to receive many nominations from the Academy.

Priyanka's latest outing 'The White Tiger' is expected to score several nominations as well. On Tuesday, the film earned two BAFTA nods for Best Screenplay and Best Actor (Male) for Adarsh Gourav. Priyanka, who also starred in the movie, is one of the executive producers of the film.