To keep everyone's spirits up, the actress performed for a group of children and their parents at a school being used as shelter. 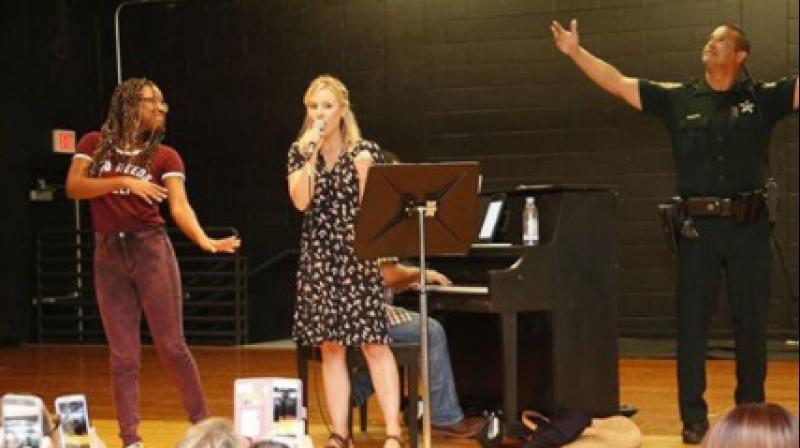 Washington D.C.: To keep everyone's spirits up, Kristen Bell performed for a group of children and their parents at a school currently being used as a Hurricane Irma shelter in Orlando, Florida.

"I hope maybe some of these songs are running through your head the rest of the day and will take your mind off it," Kristen told the audience, as reported by E! Online.

"When youre #singinginahurricane, your volunteer back up dancers can & will steal the show," the 37-year-old wrote on Instagram. "Richard and Rebecca everyone! #hurricaneirma"

When youre #singinginahurricane, your volunteer back up dancers can & will steal the show. Richard and Rebecca everyone! #hurricaneirma

Kristen has been taking shelter at a Walt Disney World Resort Hotel after being stranded in Florida while filming her latest movie, Netflix comedy 'Like Father'.

The actress and singer wrote that she "didn't have the option to leave" Orlando.
She recently helped secure shelter for her 'Frozen' co-star Josh Gad's family members, who live on the state's east coast.