The actress who won the award for ‘Fargo’ and ‘Three Billboards Outside Ebbing, Missouri’ was chuffed her ‘Nomadland’ get-up was believable. 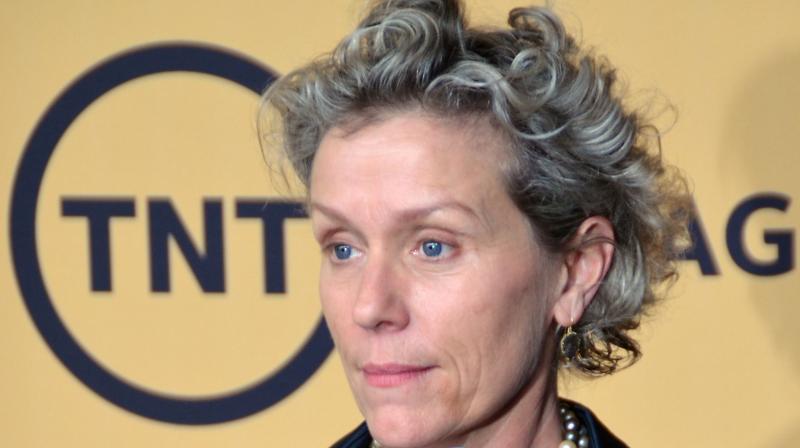 “Nomadland”, Frances McDormand’s latest film, which is premiering both at the Venice and Toronto film festivals, is set among the growing tribe of impoverished elderly van dwellers who wander the West, clinging onto the last threads of the American Dream. (Photo | Wikimedia Commons - Red Carpet Report on Mingle Media TV)

Venice: Hollywood star Frances McDormand said Friday she was offered a job in a supermarket as she was making her latest film.

“Nomadland”, which is premiering both at the Venice and Toronto film festivals, is set among the growing tribe of impoverished elderly van dwellers who wander the West, clinging onto the last threads of the American Dream.

The double Oscar-winner plays a widow who is forced to take to the road after a mine closes, wiping her tiny community from the map.

McDormand said she was “offered employment” while she was walking around a Target store during the shoot.

“I was given a form to fill out if I wanted employment,” she said.

The actress, who won Oscars for her performances in both “Fargo” and “Three Billboards Outside Ebbing, Missouri”, said she was chuffed.

Her character subsists on low-paid jobs to fund her life of the open road, and discovers a community of similar souls who help each other make the best of things.

Critics gave the film a lengthy ovation at its Venice premiere, with loud applause for McDormand when her credit appeared.

McDormand’s eyes well up as she described her relationship with the van dwellers she met, many of whom play themselves in the movie, including Bob Wells, the 64-year-old whose YouTube channel CheapRVLiving has nearly half a million followers.

“Each individual who goes on the road has to be self-reliant,” she said, “but they do gather for Rubber Tyre Rendezvous because they need community for knowledge. I guess you would call it a socialist situation, where it’s all for one and one for all.”

“The choice of van they use for their mobile lives “has a lot to do with the economic disparities in our country,” McDormand told AFP by Zoom.

“But Chloe is not trying to make a political statement. Instead we are leading you to a community which is making very difficult decisions for themselves and she is telling their story.”

Beyond increased evictions, the COVID-19 pandemic is also drawing many people to the road, she said, “because of being locked in and locked down”.

“They are answering their feeling of confinement with their wanderlust. Movement is part of the human species,” McDormand said.