Rowling and Morgan were engaged in a war of words on Twitter after the latter defended Trump's travel ban. 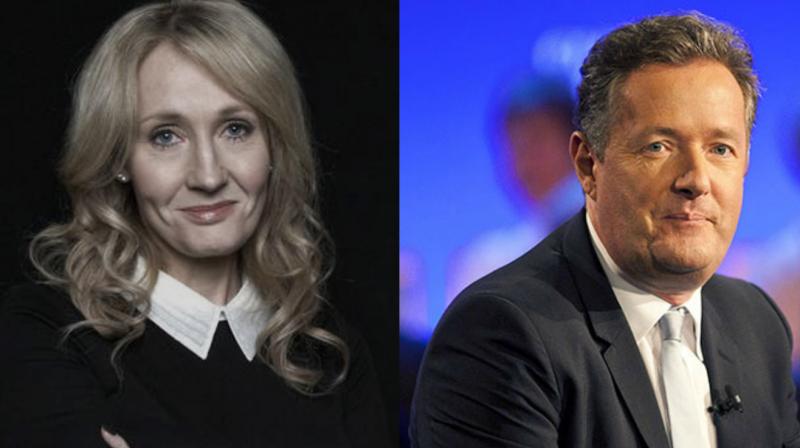 Los Angeles:  Novelist J K Rowling and TV personality Piers Morgan were locked in a public fight on Twitter after he defended Donald Trump's travel ban during his appearance on a talk show.

Morgan accused Rowling of being "superior, dismissive and arrogant", and the writer attacked what she described as the "fact-free, amoral, bigotry-apologism of (a) celebrity toady".

It all started when the Harry Potter author retweeted video of Morgan's appearance on an episode of "Real Time With Bill Maher" during which he was shut down by Australian comedian Jim Jefferies, who swore at the TV personality for claiming Trump's controversial immigration order against seven majority-Muslim countries is not a "Muslim ban", reported Entertainment Weekly.

"Yes, watching Piers Morgan being told to f**k off on live TV is exactly as satisfying as I'd always imagined," Rowling wrote on Twitter.

When Morgan spotted Rowling's tweet, he replied, "This is why I've never read a single word of Harry Potter."

To which Rowling said, "Because you had a premonition that one day the author would roar with laughter at seeing you called out for your bulls**t on live TV?"

Morgan defended himself again by arguing that everything he had said was factual, adding, "If you think screaming at me changes that, then you're mistaken."

Rowling resorted to questioning his journalistic integrity, "Would you like a couple of hours to mock up some pictures of refugees carrying explosives to substantiate your position?"