TIFF diary: The audacity of Regina King and an imagined evening

'One Night In Miami', about a fictional conversation between Malcolm X, Sam Cooke, Jim Brown, Cassius Clay is a sure-shot Oscar contender 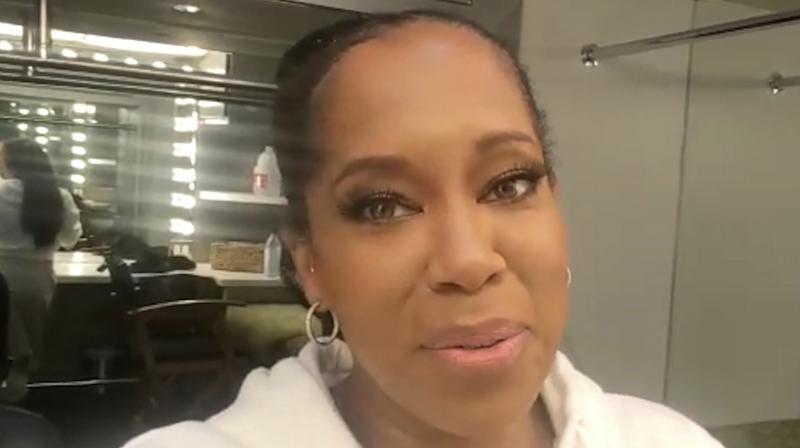 Regina King’s audacity is staggering. Just last year she beat Amy Adams, Emma Stone and Rachel Weisz to take home the Oscar for best supporting actress, and now she’s all set to compete with the boys for the director's Oscar.

Just this Monday, at the rather white and chauvinistic 87-year-old Venice Film Festival, Regina made history as the first Black woman director to have a film selected.

And now she is going to dominate the Toronto International Film Festival (TIFF) with One Night in Miami… a film that’s set in a room in a Miami motel where four superheroes gather one evening to, well, talk.

Based on the one-act play by Kemp Powers, One Night in Miami… is a fictional account of a real day — Feb. 25, 1964 — the day 22-year-old Cassius Clay (Eli Goree) beat Sonny Liston to become the World’s heavyweight boxing champion.

Clay, who called himself The Greatest, emerged from that room to announce that he was embracing the Nation of Islam and discarding his “slave name”. He would soon be known as Muhammad Ali.

Almost exactly a year later, Malcolm X (played with a touch of Barack Obama-like elegance and appropriate self-righteousness by Kingsley Ben-Adir), the Champ’s spiritual and political mentor would be assassinated by the Nation of Islam.

What happened in that room? Who else was there?

Regina King’s film first introduces us to its heroes while fawning over them, celebrating their swag.

It opens with Ali beating Henry Cooper at Wembley in 1963, and then sets off to watch him “demolish that ugly beast, Liston”.

It then follows Jim in his sleek, shiny, open-top car as he visits a white well-wisher and benefactor who loves his achievements and can’t stop talking about them, but won’t let a Black man into his house.

One Night… then swoons to Sam’s soulful crooning at New York’s famed nightclub, Copacabana, and watches as the white audience grows uneasy and starts to leave.

And then it visits Malcolm X’s simple, austere home, to listen in as he talks to his wife about sexual abuse by the head of Nation of Islam. Lurking outside, he senses, is a threat to his life.

Four proud men in a room

The evening is imagined in King's film, and so is the conversation among these four men, who come to celebrate Ali’s win but end up talking politics. But it takes place at a critical intersection of what really was happening in their lives, and in their country.

The film places this conversation in the middle of real events and presents us four proud men with powerful personalities. Brief scenes and dialogue add flavour to these full-bodied icons, giving us not just their traits, but also political beliefs and frustrations at having to stand in the margins despite their genius and achievements.

The challenge first comes from Malcolm to Sam, about pandering to a white audience with his “soulful” songs. “Join the fight brother,” he says, and puts on an LP of a white man’s rights anthem to wind him up. It’s Bob Dylan’s Blowin’ in The Wind.

Sam and Jim then challenge Malcolm, question his controversial remark on the assassination of John F. Kennedy, berate him for advocating violence, for peddling Islam. They accuse him of “recruiting” Ali who seems naive till he says that though he is not sure about becoming a Muslim, he will join the fight.

In between all these tense, taut moments is Ali, excited and barely able to control a world champion’s trippy, bouncing energy, screaming that he’s the prettiest, fastest. There’s also Sam, and sometimes Jim, sulking at this booze-less party, at having to endure Malcolm’s pulpit-posturing, hectoring and punishing sobriety. Outside the room are two of Malcolm’s alert bodyguards, watching the road, checking who’s coming and going.

One Night in Miami has arrived in the middle of the growing rage over racism. Through a very powerful, heart-felt monologue delivered by Malcolm, it says, there is no room to stand on the fence anymore, everyone has to pick a side. Because the fight, my brother, is on.

PS: Sam Cooke, both ashamed and inspired by Dylan, would release his song, A Change Is Gonna Come, that has since become a favourite at civil rights rallies.
But nine months after that evening in a Miami motel, he would be shot dead at a motel in Los Angeles.

That same year, 1966, Ali would become a conscientious objector and refuse to be drafted for the Vietnam War, saying he didn’t believe in it.