Entertainment   Hollywood  14 May 2019  At Cannes, loyalty and friendship trumps all
Entertainment, Hollywood

At Cannes, loyalty and friendship trumps all

The 72nd Festival de Cannes that kicked off with The Dead Don’t Die, a zombie film, on Tuesday evening. 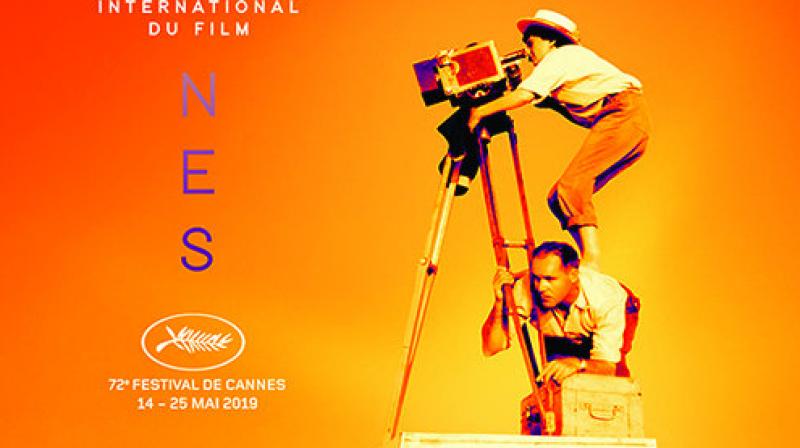 The cute, quaint town of Cannes on the French Riviera has come alive again.

Cannes: The cute, quaint town of Cannes (pronounced Can, with the “s” staying silent) on the French Riviera has come alive again, like it has done over the last seven decades, for the 72nd Festival de Cannes that kicked off with The Dead Don’t Die, a zombie film from American director Jim Jarmusch, on Tuesday evening.

The film, starring Bill Murray and Adam Driver as two small-town cops leading the fight against the rising dead, as well as the sword-wielding mortician played by Tilda Swinton, is competing for the prestigious Palme d’Or trophy along with 20 other films which include Pedro Almodovar’s Pain and Glory starring Antonio Banderas and Penelope Cruz, Terrence Malick’s A Hidden Life and Quentin Tarantino’s Once Upon A Time… In Hollywood.

There are also the two formidable and Cannes’ favourite directors in the running — Jean-Pierre Dardenne, with Young Ahmed (co-directed by Luc Dardenne) about a 13-year-old in Belgium caught between his imam’s ideals of purity and life’s many temptations, as well as Ken Loach with Sorry We Missed You, that tells the story of a family of four set in Newcastle. These two directors are among the only eight in the world to have received the Palme d’Or twice already. 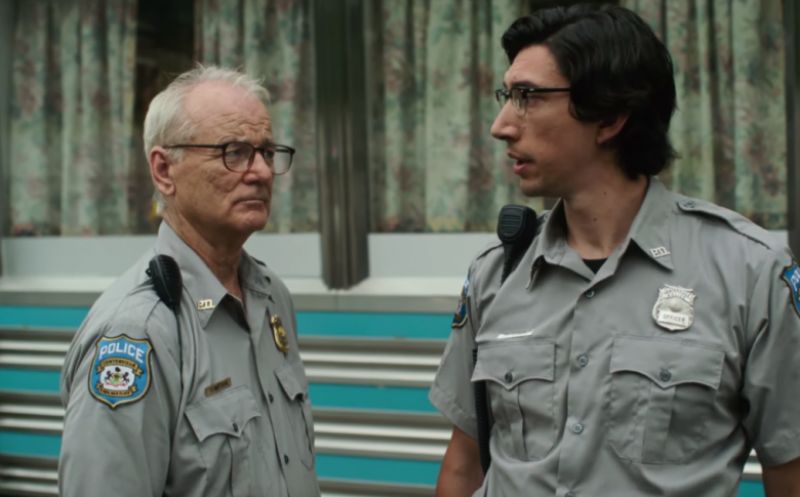 A still from 'The Dead Don’t Die'.

Loach won his first one in 2006 for The Wind That Shakes The Barley and, 10 years later for I, Daniel Blake. Dardenne won his first Chopard-designed trophy in 1999 for Rosetta, and again in 2005 for The Child.

The town of Cannes, whose population, according to unconfirmed statistics, swells up from 74,000 to over 200,000 during the film festival, is being stalked once again by controversy, as has been the case for several years.

The festival’s 71st edition, which closed in May last year to the stunning revelation and admonishment by Italian actor Asia Argento, who had got up on stage to say, “In 1997, I was raped by Harvey Weinstein here at Cannes. I was 21 years old. This festival was his hunting ground,” opened this year with festival director Thierry Fremaux defending the decision to award the honorary Palme d’Or to the French actor Alain Delon.

Delon has been described by the festival as “a giant, a living legend and a global icon” who is revered in Japan as “the Spring Samurai”, has publicly opposed adoption by same-sex couples and has admitted to slapping women.

“What are you saying? What did Alain Delon do?” Frémaux asked a journalist when he felt a sense of “protest” at the press conference on Monday.

“Cannes as a festival condemns certain statements, but we are in favour of freedom of expression,” Frémaux said.

“We’re not giving Alain Delon the Nobel Peace Prize,” the festival director said, repeating exactly what Hollywood A-lister Cate Blanchett, as president of the jury of the Competition section last year, had said when asked if her jury will be taking affirmative action, gender-wise, while awarding the Palme d’Or.

Delon, who has been directed by the biggest names in filmmaking (including Michelangelo Antonioni and Jean-Luc Godard) and has starred in The Leopard, the 1975 Zorro and Is Paris Burning?, has a relationship with Festival de Cannes that dates back to the start of his career.

In May 1961, he first walked up the red carpet for The Joy of Living and 29 years later, in 1990, arrived by helicopter and boat to present Godard’s Nouvelle Vague (New Wave).

Though Delon has not yet commented on the controversy surrounding the Palme d’Or that he will receive on Sunday, he has said, "There is one thing I've missed out on that will always haunt me: I would have liked to have been directed by a woman before I die.”

He is now 83, and by his own admission, his acting days are behind him.

Hours after Fremaux fought hostility from the world press, the festival sent out a list of figures to put things in perspective.

It said 20 female directors are part of the 2019 official selection with four films in Competition and eight in Un Certain Regard sections. (Un Certain Regard means “a certain glance”, but is understood to mean “from another point of view”, and the section is reserved for films by emerging directors or on unexpected, marginal themes.)

Then there are the juries whose presidents, the festival said, have been appointed keeping the balance of gender in mind. While the Competition section is led by Alejandro González Iñárritu, Mexican director who won Oscars for Birdman and The Revenant, actress-director Nadine Labaki heads the Un Certain Regard jury.

Lebanon-born Labaki has graduated from Directors’ Fortnight at the Cannes, an out-of-competition section where her film Caramel showed in 2007, to her film Capernaum — about 12-year-old Zain El Hajj who sues his parents for being born — competing for the Palme d’Or last year.

Cannes Film Festival doesn’t care for short flings. It likes to nurture long relationships, howsoever tumultuous they may be.

There was buzz in April that Quentin Tarantino’s film, still being edited, may be brought to Cannes. Frémaux was keen because, he said, Tarantino is “one of the most important directors of his generation” and “he’s a friend, and it’s very pleasant to have one’s friend back in the festival.” But, he added, “I have seen a large part of it... Tarantino is putting all his effort into having it ready. He wants it to be shown in 35mm so the post-production is a bit longer, he’s still editing. I wish him courage to be ready and to do a great film — what I saw is magnificent.”

A few days later Frémaux announced that Once Upon A Time... In Hollywood was ready and would be competing for the Palme d’Or. “Quentin Tarantino, who has not left the editing room in four months, is a real, loyal and punctual child of Cannes... he’ll definitely be there… with a finished film screened in 35mm,” he announced.

This year’s edition of the Cannes film festival marks 25 years since Tarantino’s Pulp Fiction screened on the Croisette and won the Palme d’Or.
Starring Leonardo DiCaprio and Brad Pitt, Once Upon a Time… is set in Los Angeles in 1969 against the backdrop of the murders committed by the Mason "family", a cult formed in California by Charles Manson. DiCaprio plays a washed-up actor and Pitt his stunt double who are attempting to revive their careers. 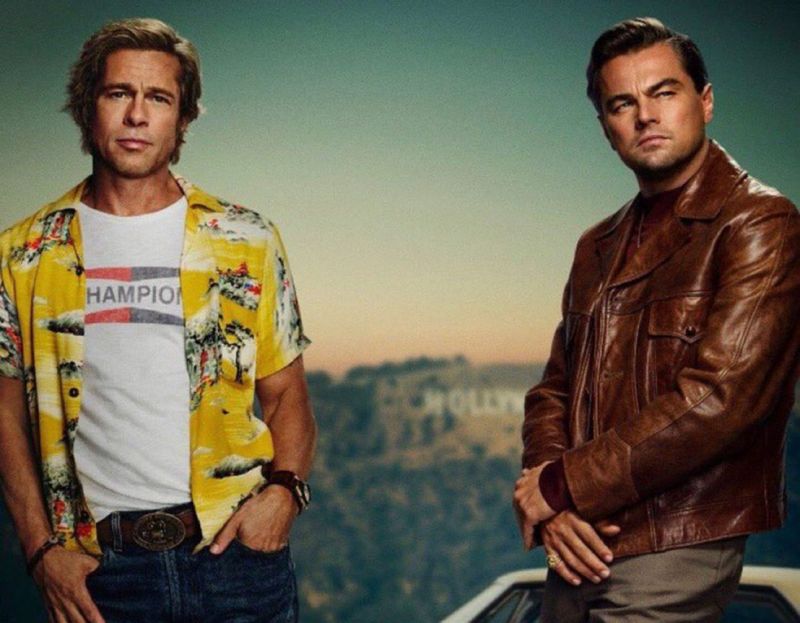 'Once Upon a Time In Hollywood' stars Leonardo DiCaprio and Brad Pitt.

Frémaux has described the films as “a love letter to the Hollywood of (Tarantino’s) childhood, a rock music tour of 1969, and an ode to cinema as a whole”.

Once Upon a Time… is the most eagerly awaited film at the Cannes film festival this year. And there is talk that it may well earn the "loyal and punctual child of Cannes" another Palme d’Or. Because, at Cannes, loyalty trumps all.