Alan Thicke starred as Dr. Jason Seaver in the ABC series 'Growing Pains,' which aired from 1985 until 1992. 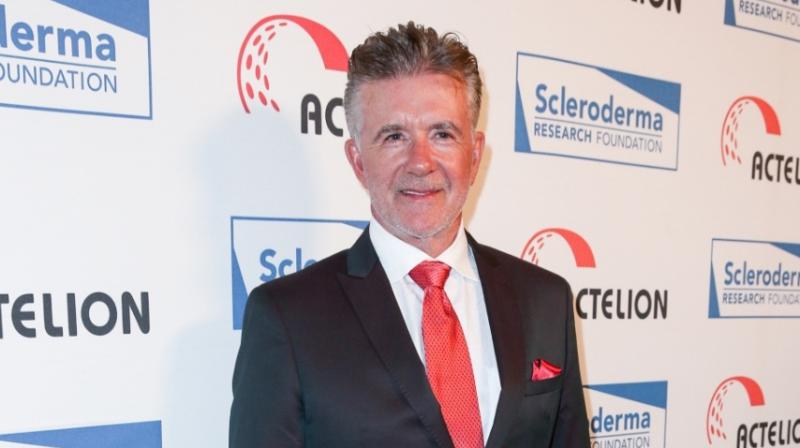 Thicke was also a songwriter and had composed the theme music of several television shows. (Photo: AP)

Alan Thicke, who played the likable father in the sitcom 'Growing Pains,' has died at age 69.

Carleen Donovan, who is a publicist for Thicke's son, singer Robin Thicke, says the actor died from a heart attack on Tuesday in . She had no further details.

Alan Thicke starred as Dr. Jason Seaver in the ABC series 'Growing Pains,' which aired from 1985 until 1992. The Canadian-born actor had a prolific career, including cameos in recent years on the comedy 'How I Met Your Mother' and the Netflix series 'Fuller House.' He was also a frequent pitchman for ads on Sirius.

Thicke's 'Growing Pains' role is among the most beloved television dads of all time. He played a psychiatrist raising his children along with his wife, played by Joanna Kerns. Seaver's oldest son, Mike, played by Kirk Cameron, was a constant source of trouble for the family.

Thicke was born in , , in 1947 and was a popular Canadian talk show host before making his name in the . He was nominated for three Emmy Awards for his work in the late 1970s as a writer for Barry Manilow's talk show, and later for a satirical take on the genre in the variety show ' 2-Night.

He was also the composer of several popular theme songs, including the original theme to "The Wheel of Fortune," and shows such as 'The Facts of Life' and 'Diff'rent Strokes.'