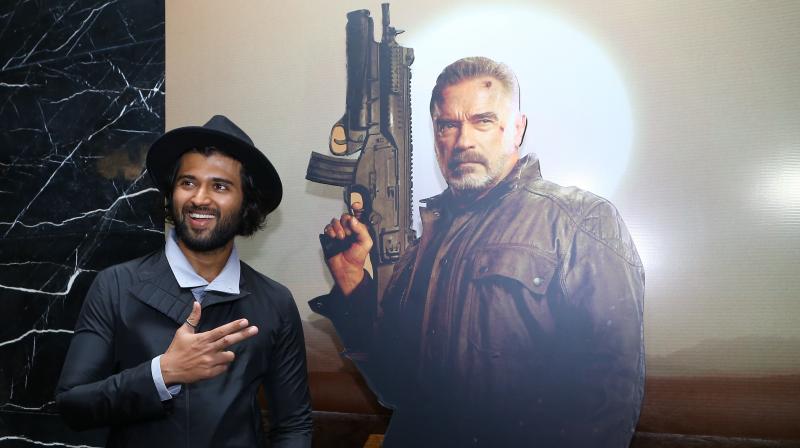 Mumbai: The whole country is buzzing with the arrival of the much-anticipated Terminator: Dark Fate that reunites Oscar-winning filmmaker James Cameron with original franchise stars Linda Hamilton and Arnold Schwarzenegger for the first time in 28 years in a thrilling new action-adventure that picks up where Terminator 2: Judgment Day left off. Terminator: Dark Fate is directed by Tim Miller (Deadpool).

Well, Terminator: Dark Fate is the first Hollywood film to release in 6 languages: English, Hindi, Tamil, Telugu, Kannada and Malayalam, and none another superstar Vijay Deverakonda launched the explosive Telugu trailer! Turns out that the youth icon is a huge fan of Arnold and his movies, hence he has come out to full-fledged support the film!

Vijay speaks on Arnold, "My fondest memories are watching all his films, especially watching The Terminator, his Christmas film Jingle all the way...as a kid you loved watching a man of his size doing action and the way he said his dialogues were so unique, it was so fun!"