He says that sometimes he feels like telling them that he's going to be with them for the next four years so they can chill. 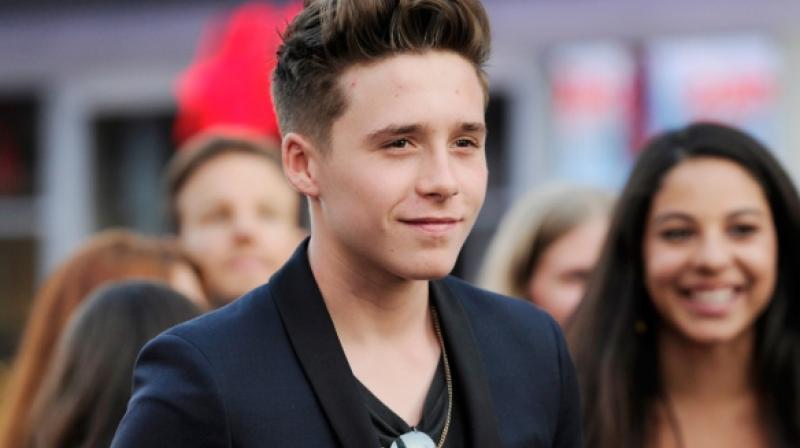 Brooklyn Beckham is the eldest son of David and Victoria Beckham. (Photo: AP)

London: Brooklyn Beckham says he had to ask "fangirls" at his new university to chill as they were too star-struck by him.

The 18-year-old son of David and Victoria Beckham is studying photography at Parsons School of Art and Design in New York, reported Contactmusic.

"I like people from school, but there are a few fangirls in the school ... Sometimes, I have to be like, 'I'm going to be with you for like, four years, so chill.'

"I mean, it's gotten better. They understand and they respect it, but it's just at the beginning, it's such a shock to them, so it's fine," he says.

Brooklyn admits his parents were unhappy when he decided to move from London to New York for university, but says they have now accepted his decision.

"They know it's a big opportunity for me, so they're kind of all right with it."