Entertainment   Hollywood  19 May 2019  Cannes 2019: 2 master directors, one reminiscing, the other seething
Entertainment, Hollywood

Cannes 2019: 2 master directors, one reminiscing, the other seething

Among the 21 films in competition, six are by master directors, all of whom are also old Cannes loyalists and favourites. 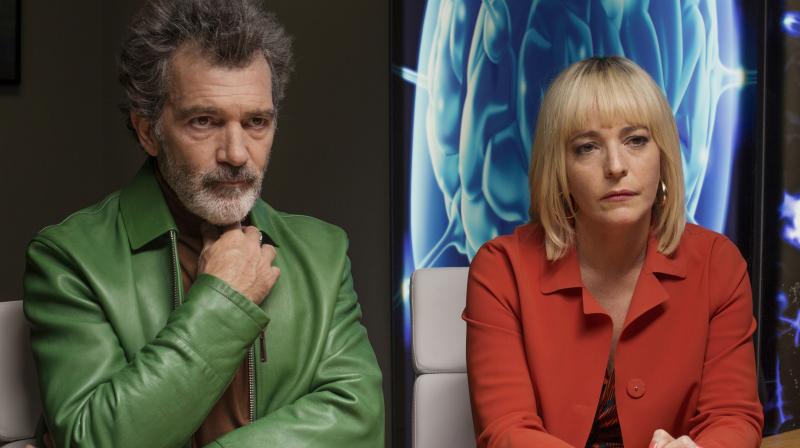 Indian movies and directors may be missing from this edition of Cannes, but Indian gods are very much in attendance. In a scene in Pedro Almodovar’s Pain And Glory, almost the entire Hindu pantheon — Krishna, Sai Baba, Santoshi Ma and Hanuman — are pasted on a wall while some psychotropic substances are being inhaled.

Cannes: Among the 21 films in competition for the Palme d’Or this year, six are by master directors, all of whom are also old Cannes loyalists and favourites. Of these men (yes, all are men), two have won Festival de Cannes’ top prize twice — Jean-Pierre Dardenne (for Rosetta in 1999, The Child in 2005) and Ken Loach (for The Wind That Shakes The Barley in 2006 and I, Daniel Blake in 2016); three have won it once (Quinten Tarantino for Pulp Fiction in 1994, Terrence Malick for The Tree of Life in 2011, and Abdellatif Kechiche for Blue Is The Warmest Colour in 2013). The sixth one hasn’t won a single one.

To put things in perspective, the sixth one is Spanish auteur Pedro Almodavar who has been nominated six times but the crystal cushion on which a gold palm leaf encrusted with diamonds rests has not come to him, yet.

In the film, Almodovar’s 21st feature, Banderas plays Salvador, an ageing film director who is struggling with an exhaustive list of ailments of the body and soul — asthma, insomnia, back pain, migraines, muscular pain, whistles of the heart, choking, as well as anguish, depression, anxiety, terror…

The pain is now centre-stage, pulsating in the fading glow of glory.

Though Salvador remains mostly indoors, in his beautiful apartment with a maid and expensive paintings, a retrospective triggers memories of his film, Sabon, and his fight with the lead star, Alberto (Asier Etxeandia). And so, 32 years later, he goes to visit Alberto who is mostly busy charing the dragon — heroin, and in whose company the director finds a new addiction.

The film switches between sunny memories of Salvador’s childhood spent with his mother Jacinta (Penelope Cruz), of cinema — movies of his childhood, he says, smelled of piss, jasmine and the summer breeze — as well as of sexual desire, regret. And then, a chance meeting with an old lover, Marcelo (Leonardo Sbaraglia), brings back other heady feelings, and a breakthrough…

Admodovar said that Pain and Glory draws a lot from his life, and is fairly autobiographical, but added that it should not be taken literally as it is also fictionalised.

The tangible similarities between his life and Salvador are not hard to see — like young Salvador, Almodovar’s mother, Francisca Caballero, was a letter reader and transcriber for her illiterate neighbours. Like Salvador, young Almodóvar was sent to a seminary and then moved to Madrid to become a filmmaker. And Almodovar, like Salvador, often wrote under a pseudonym (Patty Diphusa).

Almodovar, now 70 years old, says that his obsession these days is to get eight hours of sleep daily, and when he thinks of directing a film, his first thought is whether or not he is ready, physically, to commit to it.

While that may well be the reason why Pain and Glory often feels like it's supine, but Almodovar’s storytelling ability and stylistic brilliance are intact. As is his eye and appetite for passion, beauty and warm, glamorous interior decor.

Though there is, at times, a certain artifice to Cruz and Banderas’ acting here, and Pain and Glory doesn’t have the kinetic energy and power to overwhelm and carry us in one garrulous, neurotic swoop, like, say Volver, it has languid gorgeousness — a naked man bathing in a cave house, and two grown men kissing passionately.

Almodovar said that while he did experience love that broke and caused heart-ache, and he hasn’t yet got a chance at reconciliation, he enjoyed watching and filming two 50-year-old men snogging in the doorway.

Pain and Glory could well be called, Reminisces Sublime, Mostly in Colour Red.

But it is not one of Almodovar’s best films. Pain and Glory is more like an ageing master pausing on a trek uphill, to breathe, banter, share an anecdote or two, talk of the past before returning to to the present to what he does best — obsessive characters crackling in crazy situations.

If Pain and Glory gets the Palme d’Or, many jaws will remain dropped for a long, long time.

On the other hand, English director Ken Loach’s gently affecting film, Sorry We Missed You, is a very serious contender for the top prize. Set in Newcastle, it tells the story of a family of four struggling to survive but repeatedly coming undone under the pressure of what’s come to be known as the “gig economy”.

Adorable Abby is a caretaker who visits old, ailing, incontinent, often invalid patients with whom she has, with her calming tone and caring touch, formed a bond. She takes care of them more than she is paid to.

But she is also, always, riddled with guilt about not being at home and having to leave messages on the phone for her son and daughter, instructing them about food in Tupperware, Internet usage, etc.

Ricky joins a parcel delivery company not as an employee, but as a “franchise holder” because there’s promise of big bucks. But in reality the meter is always running for a tab to be paid by the employee: If you take leave, organise a replacement or pay; rent a van from the company; if an accident takes place, all liability is on the employee. The company’s rules are skewed to ensure it has zero liability in all events.

Before he can start working, Ricky needs to buy a van that can take a large number of packages, and so a decision is taken to sell Abby’s car.

While Ricky and Abby are desperately trying to make money in a crushing daily cycle of oppressive rules, unending working hours, Sid, of an age when he needs to exert himself, does so in the most aggressive, obnoxious way.

A school emergency and a particularly horrible mugging shows how predatory the “gig economy” is.

And the film, which has been slowly walking towards this moment, pauses here for soft-spoken Abby to have an out-of-character outburst. The Cannes audience spontaneously broke into an applause, finding a voice, perhaps, for their own seething, choking rage.

Abby’s screaming doesn’t amount to much in changing things at the company, but in their personal space it sets both Abby and Ricky free just a little bit. The thought of jumping off the oppressive cycle of work, fatigue, tension, bills stops feeling so suicidal.

Ken Loach, now 83, has said that the idea for Sorry We Missed You came from the interviews and research he and his team put in for I, Daniel Blake.

It is an accompanying piece, yes, but it also very much its own film — a political, sharp, insightful, empathetic commentary on an economy and a work culture that is exploiting and cheating workers, while serving the masters.

Loach’s film shows the impact that work-related stress, fatigue and frustration can have — irreparable damage inflicted at home — but also how it can, in short, smiling bursts, bring a family together for such joyful moments that you may actually never jump off the wheel.

Sorry We Missed You leaves us with this deeply tragic, distressing thought, and the debilitating feeling of being impaled by the promise of having a life, sometime in the future.