Director Jeremy Podeswa has nothing but praise for the English musician, who played the singing Lannister soldier in the premiere. 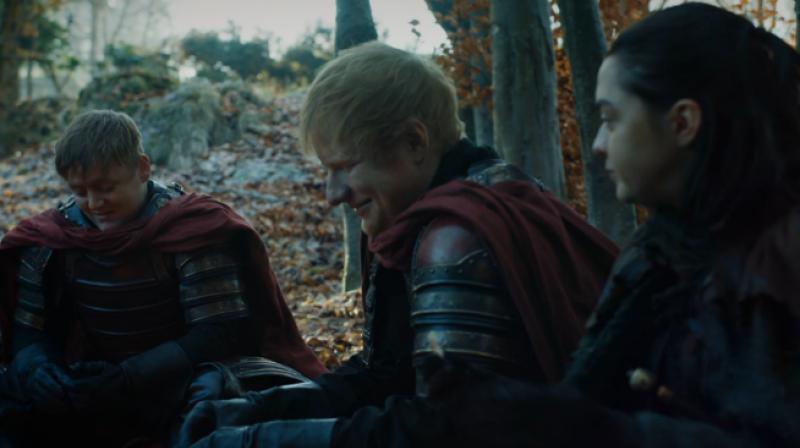 Ed Sheeran in 'Game of Thrones.'

Los Angeles: Ed Sheeran's appearance as a singing Lannister soldier in 'Game of Thrones' season seven premiere episode was mocked, but director Jeremy Podeswa has nothing but praise for the English musician.

Sheeran was mocked to a point that he decided to delete his Twitter account. The singer, however, came back on the microblogging site after a brief disappearance, reported Variety.

"It was lovely working with Ed. He is one of the nicest guys in the world. He's lovely, he's a team player, he wants to do a good job, he takes direction, he's very open. He's a big fan of the show and was really excited to be a part of it.

"I think his lovely voice was used to great effect and he just has a really nice presence. He blends into the world of the show in a nice way where if you didn't have all these associations with him and his musical career, nobody would even blink about his presence on the show," Podeswa said.

Sheeran's appearance as a Lannister soldier drew a mix of criticism and praise from fans of the HBO series, including some saying his appearance was distracting.

The scene depicted Sheeran and other soldiers singing around a campfire and sharing their food with Maisie Williams' character, Arya Stark.