As per The Hollywood Reporter, the Marvel Studios president says he outright confirmed the news 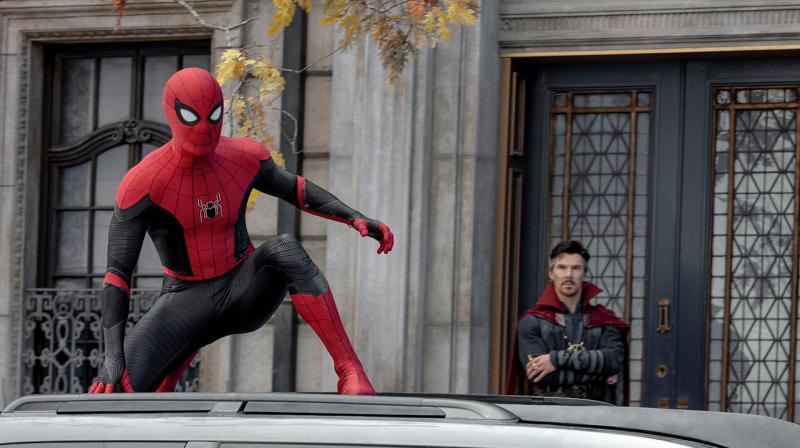 A scene from Spider-Man: No Way Home. (Photo: AP)

Washington: After the overwhelming response from fans on the recently released 'Spider-Man: No Way Home', Kevin Feige--president of Marvel Studios has confirmed that the production company and Sony are currently working on developing at least one more movie for the 'Spider-Man' franchise.

As per The Hollywood Reporter, the Marvel Studios president says he outright confirmed the news "because I don't want fans to go through any separation trauma like what happened after 'Far From Home.'"

The outlet obtained the quotes of Feige and 'Spider-Man: No Way Home' producer Amy Pascal from an interview published on Friday with the New York Times where both of them confirmed that their respective studios are currently inactive talks about where to take the superhero following the events of Tom Holland's third turn as the famed web-slinger.

"Amy and I and Disney and Sony are talking about -- yes, we're actively beginning to develop where the story heads next, which I only say outright because I don't want fans to go through any separation trauma like what happened after Far From Home. That will not be occurring this time," said Feige, mentioning the brief period in 2019 where the deal for Disney and Sony to co-produce the movies fell through.

For the unversed, around two months after Spider-Man: Far From Home was released, it was reported in August 2019 that negotiations between Sony film studio chief Tom Rothman and Feige on the then untitled third 'Spider-Man' movie had broken down.

The deal falling through-- and at the time, seemingly ending the studios' 'Spider-Man' partnership -- was reportedly due to Disney's request for a higher percentage of the third film's gross, as well as all merchandising revenue, a request that Sony turned down. That standoff between Disney and Sony eventually came to an end in September 2019, thanks in part to Holland himself, reported The Hollywood Reporter.

During the recent interview, Pascal teased that 'Spider-Man: No Way Home' ending will be the launch point for another chapter.

"At the end of the movie we just made, you see Spider-Man make a momentous decision, one that you've never seen him make before. It's a sacrifice. And that gives us a lot to work with for the next film," said Pascal.

For the uninformed, the Sony producer had indicated in a November interview that there were three more films in the works with Tom Holland attached.