Entertainment   Hollywood  20 Nov 2017  Harvey Weinstein was very mean to me, told me I'd never work in Hollywood: Pamela
Entertainment, Hollywood

Harvey Weinstein was very mean to me, told me I'd never work in Hollywood: Pamela

The 50-year-old "Baywatch" star claimed being verbally abused by the producer over his instructions during a film shoot. 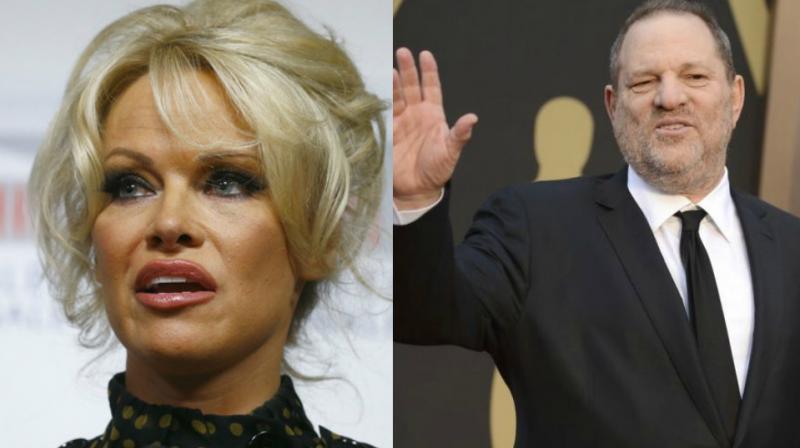 New York: Supermodel-actor Pamela Anderson said disgraced media mogul Harvey Weinstein once told her that she would never get work in Hollywood, after she refused to follow his orders.

The 50-year-old 'Baywatch' star claimed being verbally abused by the producer, who has multiple allegations of sexual misconduct against him, after she disagreed with him over working with a real dog on a movie set, reported The Times.

"He told me I'd never work in this town again, because I refused to work with a dog. He wanted me to play Invisible Girl on a superhero movie. But they wanted me to work with an actual dog. I said, 'I won't work with animals in a film.' And he said, 'We're just going to put the dog there. What's the problem?' And I said, 'No. Put an X on the floor. I am talking to an invisible dog. Why do we need an actual dog?'

"And he was so mean. He called me back and shouted, 'You're Pamela Anderson; you're lucky I'm even putting you in a f***ing film. You're never going to work in this f***ing industry again, you son of a f***ing bitch," Anderson recalled.

The actor added although Weinstein was "intimidating", she held her ground.

"He's so intense. I've never been talked to that way by anybody. Not even by a boyfriend. He was really intimidating. And I did it. But I did it without the dog," she said.

Anderson denied being sexually harassed by the producer, who is currently being investigated by police from around the world for sexually abusing over 80 women in a period of three decades.