Did you know? Nikki Bella accidentally ruined 'GoT' ending for boyfriend Chigvintsev

The 'GoT' finale was a surprise for most of its fans, but not for Artem and Brie Bella's husband and wrestler Daniel Bryan. 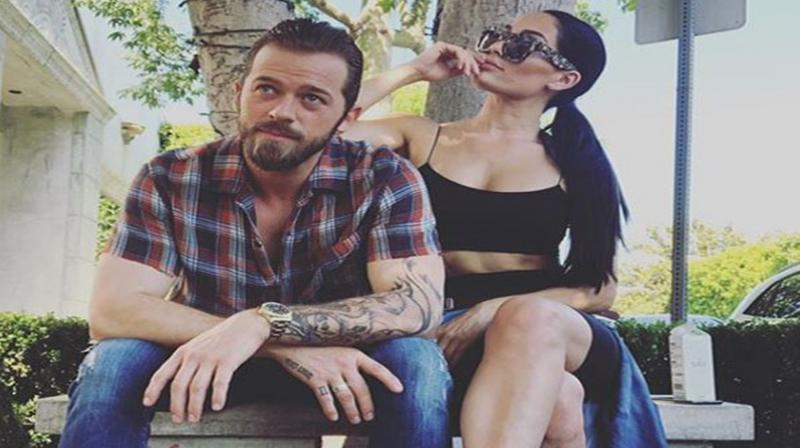 Washington DC: American wrestler Nikki Bella, admitted spoiling the 'Game of Thrones' for her boyfriend and dancer Artem Chigvintsev by revealing how the show's finale ended.

The 'GoT' finale was a surprise for most of its fans, but not for Artem and Brie Bella's husband and wrestler Daniel Bryan. On a recent episode of 'The Tonight Show Starring Jimmy Fallon', Nikki revealed that she told both men about the ending of popular HBO series, reported E! News.

In May when the four of them were in Napa Valley, California for BottleRock music festival and Brie's husband was playing with their daughter, Birdie, when Nikki asked him if he could believe who ended up gracing the throne.

"And he goes, 'What?' I'm like, 'Oh, Jon Snow put a dagger in the queen of dragons' heart.' And he looked at me and wanted to cry," she recalled.

The host Jimmy Fallon then called out the WWE star for ruining the ending for his viewers who still hadn't seen the series. "Wait, did you just spoil it again for people that haven't seen it?!" Fallon said and Nikki replied, "Oh, shoot! Can you bleep me out?!" and apologised to the audience. "No! We're live right now!" he said, laughing and added, "She's joking, that's not what happened." "Oh my gosh, you guys! I'm sorry!" Nikki said, apologising once she realised throwing a spoiler for the viewers.

As for how she ruined it for her boyfriend, Nikki said it all happened while the two were posing for a picture. "We were taking a cute photo and I looked at him and I'm like, 'You'll never Jon Snow me' and he goes, 'What?' I go, 'Finale?' And he's like, 'Did you just ruin it for me?" Nikki revealed. "And I'm like, 'Oh my God, you just flew in from Europe, I'm so sorry.' I forgot!" Nikki added.

What's worse? Nikki admitted that she ruined the final episode for both men on the same day. "I blame the wine," she joked. Defending herself after spilling the beans she said, "Honestly, I feel like it wasn't my fault because if you didn't watch the finale when the finale aired, that's your fault if it gets ruined for you." Both Brie and Fallon disagreed, with the host laughing and quipping, "That is absolutely wrong!"

After a remarkable 8-year-long journey, the final season of the show concluded with its last episode, which aired on May 19. The climax of the show was dramatic enough with Bran Stark (played by Isaac Hempstead Wright) being crowned the king of the six kingdoms (excluding Winterfell).