'I have 100 stories': Natalie Portman on Hollywood's sexual misconduct problem

The actress unpacked decades of work tainted by sexism and sexual harassment amid the wave of allegations emerging from Hollywood. 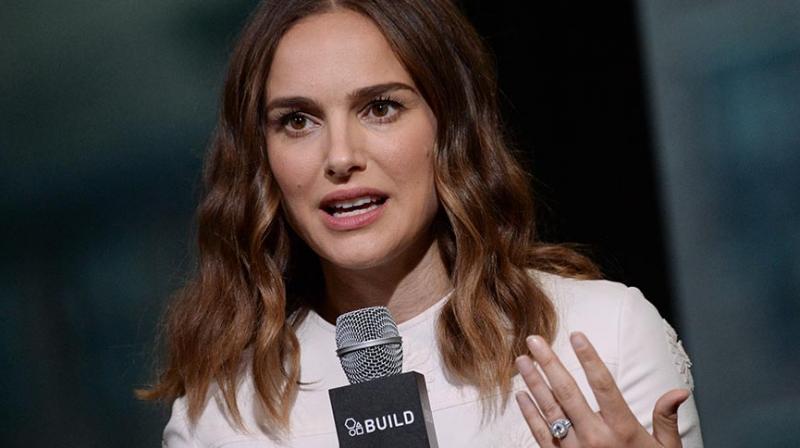 Washington D.C.: Looks like Natalie Portman is still unpacking decades of work tainted by sexism and sexual harassment amid the wave of allegations emerging from Hollywood.

While speaking at the Vulture Festival in Los Angeles, Portman said that she has 100 storie sof sexual misconduct in Hollywood and has experienced it in the movie industry many times, according to Contactmusic.

She said, "When I heard everything coming out, I was like, 'wow, I'm so lucky that I haven't had this.' And then, on reflection, I was like, 'Okay, definitely never been assaulted, definitely not,' but I've had discrimination or harassment on almost everything I've ever worked on in some way."

She added, "I went from thinking, 'I don't have a story' to thinking, 'Oh wait, I have 100 stories.' And I think a lot of people are having these reckonings with themselves, of things that we just took for granted as like, this is part of the process."

The Oscar-winning actress recalled one particular time when she was invited on a plane with a producer, only to find he had made a bed.

"Nothing happened. I was not assaulted. I said, 'This doesn't make me comfortable' and that was respected but was super not OK. That was really unacceptable and manipulative. I was scared," explained Portman.

Portman also admitted she turned down work that could lead to her being overly objectified when she was younger.

The 'Black Swan' actress shared, "There was definitely a period where I was reluctant to do any kind of kissing scenes, sexual scenes. Because for my first roles, the reaction people would give in reviews was to call me a Lolita and things like that, and I got so scared by it."

She continued, "And I think that's also got to be part of our conversation now: When you're defensive as a woman against being looked at that way, that you're like, 'I don't want to' - what do we close off of ourselves or diminish in ourselves because we want to protect ourselves?"

She also recalled the overwhelmingly male-dominated film sets she's experienced throughout her career.

"Usually you walk into a movie as the only woman, and you're often the only woman on set. It's very rare to have female crew members apart from hair, makeup, and wardrobe - the very stereotypical departments for women to be in - and I think women experience this in a lot of industries," shared Portman.

Natalie Portman will be next seen in Alex Garland's 'Annihilation' alongside Tessa Thompson, Jennifer Jason Leigh and Oscar Isaac.