Living off the grid

Glenn Villeneuve shares his life in the mountains of Alaska in Life Below Zero. 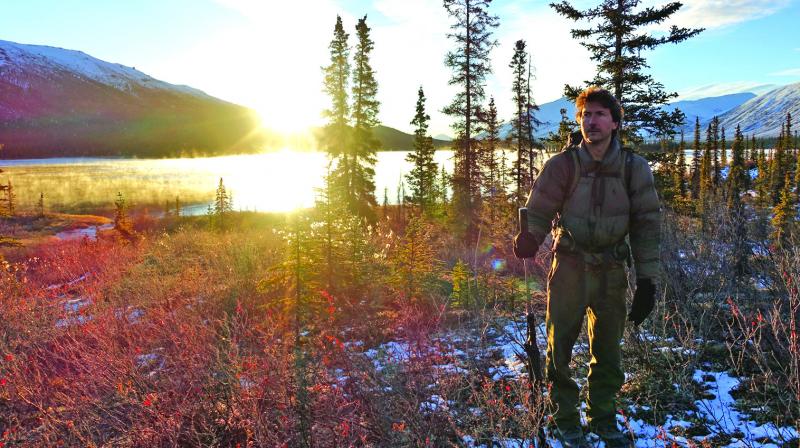 Glenn in the Alaskan woods

Life Below Zero is a show that chronicles the experiences of people who have chosen to live in the harsh yet stunning environ of Alaska. Glenn Villeneuve is one such person, who moved from Vermont to Alaska in 2000 to live closer to nature and off of what the land provides through hunting and gathering. And he’s been doing so ever since! He tells us about his journey, living in isolation, his love for nature and more...

Q What initially prompted you to start living off the grid and what would you tell people who are thinking of following suit?
When I was out in nature, I felt well. I wanted to spend more time there, not just for recreation but to live. It’s a huge transition. You won’t know how it really is till you try it, but it’s important to know that the image and reality are very different. I would encourage anybody planning to live in the wilderness, but don’t be set on how it’s going to go. Maybe you might have a change of heart after you start.

Q What made you stick onto this lifestyle?
I’ve always been independent, and I really like the autonomy of being able to live in the wilderness by myself. I enjoy learning, and I continue to learn and explore more and more each year. It’s exciting to learn new skills and practice them. I also think the connection to nature is more real — I’d rather wake up in the morning and look out and see an owl in a nest, than look at it on TV. It’s been really rewarding for me, even if there’s a lot of work involved.

Q How does loneliness affect you out in the bush?
I’ve been lonely. Once I went for four months without even seeing another human being! I don’t like that kind of isolation but I put up with it, because I wanted the other experiences. I do have a family now in Fairbanks, I have three children, and I’m about to have the fourth. Sometimes, my family comes to the bush with me. Humans are definitely not meant to live alone. It used to take me a while to adjust when I would come to town — I would notice new technology and change. The feeling of being more restricted is also there.

Q How did you introduce your family to this?
Originally, when I first went to the bush, my family started living with me after four months. My now ex-wife and I, had children in the wilderness as well. We came to town in order for them to be born, then we went back a month later, so the babies were brought up there. It was normal for them.

I lived alone for some years after we divorced. Now, I live with someone else and she comes to the bush with me. When you bring someone to the wilderness, it’s a big thing. Some people like it; others don’t. If you plan to live in the wild alone with someone, you have to find the right person.

Q What was it like being filmed constantly for the series?
It’s different. I’ve enjoyed both. Even when I was lonely and living by myself for months on end, I enjoyed the experience. When I got to a stage in my life where I have camerapersons following me around, I enjoy that too. It’s very different, and I learnt a lot from that too. It’s great to be able to share my experience with people. I never find it intrusive. I find it interesting to show other people things I’ve learnt.

Until we did this show, there were only a few people who had seen the valley I live in. I felt like I’d found the most beautiful spot in the world. And now millions of people know about it.

Q how has the response from fans been?
It’s been great. I have a Facebook page now! Whenever I come to Fairbanks, I respond to their questions. People have been inspired to do something different in their life, even if it isn’t related to the wilderness. Just yesterday, a woman told me that she feared going out of the house for five years, and after watching the show, she went out to her garden! I think that’s amazing.