The Emmy-winning film, now streaming on Netflix, proves that life, death, science, religion are not antithetical 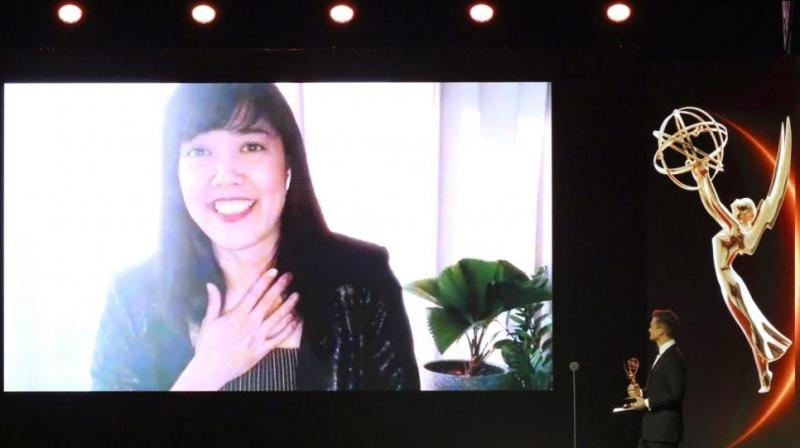 After creating waves at more than 20 festivals around the world, and winning a plethora of awards, the Thai film, Hope Frozen, won none other than the top Emmy Award recently. It’s also streaming on Netflix, which means that Indian viewers can get to see this outstanding docu-feature.

Hope Frozen is a rare and remarkable tale that seeks to show how religion and science, and life and death, don’t need to be antithetical. It’s the story of a religious couple who are also avid believers in science. Thus, when their two-year-old child, whom they love deeply, is stricken with a rare kind of cancer and succumbs to it, they don’t give up.

What do they do? They preserve her head and brain in a cryonic chamber in the US, with the hope that she can be given the opportunity to experience a rebirth inside a regenerated body. Closely monitoring all this, is their science-crazy son, who believes in all this, too.

The story created a huge controversy in Thailand, and it was to understand the couple better that Pailin Wedel, a well-established photojournalist in Bangkok, set forth to meet and interview them. They had nearly 14 long meetings, which eventually turned into this amazing docu-feature, that stirred audiences around the world.

The riveting film has many layers to it, and inspite of its hi-tech theme, it’s finally a deeply moving story of parental love, and their faith that science can achieve miracles.

Excerpts from an exclusive interview with the young, dynamic Thai-American director Pailin Wedel, whose debut feature this is, but who’s done noteworthy programmes for many global networks.

Did you expect to get the Emmy Award?
I’m under utter shock! I thought the film had gone as far as it could and I was actually pretty proud of how far we’ve come. But winning the Emmy is beyond my wildest dreams.

What does this mean to you, as a filmmaker, and to Thailand?
It is incredibly validating that stories from Thailand can resonate with the entire planet. I hope this encourages Thai filmmakers to dream bigger.

Will the award increase the debate about the issues of life and death from this story?
I have no idea what the award will do or not do. But I hope that rather than increasing debate, it will allow people to reflect and question their own beliefs. I hope they see that people who have different beliefs are still human, that they still love, grieve, and still have hope.

Is this why you made the film?
I made the film because I thought the family were special and interesting and I wanted to share their story with the world. I have a Biology degree myself and I know what it is like to have a passion for science and to use science to answer big questions about life. I also felt like it was a story rarely seen from Thailand. When was the last time you saw a film about Thai scientists?

It’s a controversial theme, by Buddhist, or any religious, precepts?
Many themes in the film seem controversial, but when you see it from the family’s perspective, I hope viewers understand their reasons. I think it’s the kind of film where viewers might come in with pre-conceived notions about what they think, and come out questioning their own beliefs.

What were the reactions to the film, in Thailand, and other parts of the world?
I’m told it is a film that stays with you. A few viewers who were caring for sick or dying loved ones, emailed me personally to share their story, because they were so touched by the film. Many asked about the details of the cryonic process, the proof, and some asked about Buddhism.

How long did it take you to make the film? Was it easy to interview the family?
It took two-and-half years of filming, and two-and-half years to find funding, before it came on Netflix. But the main thing about making documentaries, is that we had time. We weren’t swooping in and extracting. I let the family reveal what they wanted to reveal, in their own time.

Did they agree to the film being made, because they wanted to spread the theory of cryonics?
Not at all. I doubt anyone watching the film would run out and sign up for cryonics, because it shows the complexity of the emotions following that decision. I think the family agreed because they were tired of being misunderstood

Which were the most difficult parts of making the film?
Finding funding as a first-time feature-film maker was incredibly difficult. I also worried what the impact of the film would be on the family. Thankfully most of the feedback has been really positive.

How special was it, streaming the film on Netflix?
Netflix is great because it allows the film to be seen worldwide. I’ve no idea how many people have seen it on Netflix. But it was on the top ten list for Thailand, when it premiered.

Would you be happy if more Indian audiences watched the film?
I hope Indian audiences will like the film. I can’t wait to hear what they think. I spent two years of my childhood in New Delhi, while my father was based there as a foreign correspondent.