Because music has no boundaries!

As Fan-a-Gig, a recently-opened start-up, is working towards inviting numerous internationally acclaimed artistes to India. 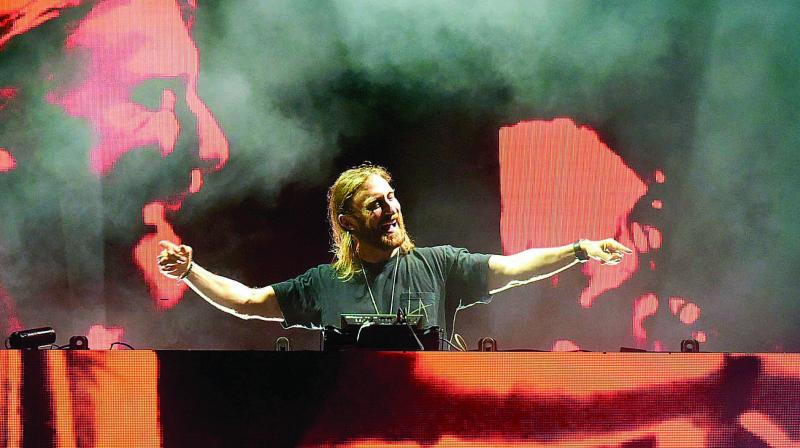 David Guetta during his performance in India. (Picture for representational purpose only)

We’ve welcomed Justin Bieber, David Guetta, Coldplay and Metallica. But remember the cancellation of Bryan Adams event in Delhi back in 2011? Or for that matter the American metal band Korn’s cancellation in Mumbai a year later? None of these performances were cancelled because of unsold tickets. From organisational faults to regional constraints, there are many reasons that restrict the country to play host to many such independent bands and artistes.

“We have many artistes lined up on our portal for whom people can vote. And for those who are not in the on-going campaign list, people can create their own campaign, share those on social media and get other fans to vote. Once there are sufficient votes, we will do the rest of the work. One only has to pay for the ticket and get ready to pack their bags for the concert of their dreams,” informs Kabir Bhasin, founder, Fan-A-Gig.

And not just the fans, even independent bands and artistes of the country feel the need of popular international artistes to visit India and perform here. Not only does this facilitate a good cultural exchange, it also helps artistes learn various technicalities of music, which they can’t learn through the information available on the Internet.

“According to the present scenario of music, most bands and artistes are trying to pursue western music by following some popular artistes on YouTube. But this does not suffice for learning many technicalities. Seeing musicians produce the same sound live that you have been trying to learn through your tiny speakers at home, facilitates a much better experience. Hence, musicians coming from abroad helps in massive growth and exposure for our artistes,” says musician Nikhil Mawkin, who also invites artistes to perform at city’s The Piano Man Jazz Club.

Saxophonist Abhay Sharma from the band “The Revisit Project” — which aims at revisiting old Bollywood melodies by blending them with jazz music — says that even a small interaction with international artistes from abroad helps opening up to a lot of ideas. “I once met Bill Evans, an American jazz saxophonist, who was in Delhi for a gig. I spoke to him for half-an-hour after his performance. He told me what books should I read, what music to follow and what softwares to work on. Whatever Bill told me, I tried to introduce those jazz harmonies in my music for my band,” says Abhay.

“That small conservation gave me so many ideas and I also felt more confident about my music. So, engaging and interacting with artistes from abroad ceratinly helps a great deal,” adds Abhay.

The same collaborations and interactions works equally well for the visiting artistes. Venues like The Piano Man…,  Depot 29 and Depot 48 in the city are a few of those spaces which are dedicated to independent and diverse music.

“My main purpose of performing in Delhi was to share the importance of music education. Prior to my performances, I also gave workshops for this. I enjoyed interacting with the local artistes and considered the interaction as a cultural exchange. These performances have helped me to continue creating the global concept of music education and integrate classical Indian music with western music,” says Indonesian artiste Tjut Nyak Deviana Daudsjah, who has given numerous performances in the city.

“The relatively young jazz tradition has a lot of European (harmonic) and African (rhythmic) influences, but the art of improvisation, is unbelievably advanced in Indian music,” says Uli, who excitedly looks forward to visiting to India in November 2017, with concerts in Delhi, Mumbai and Kolkata.