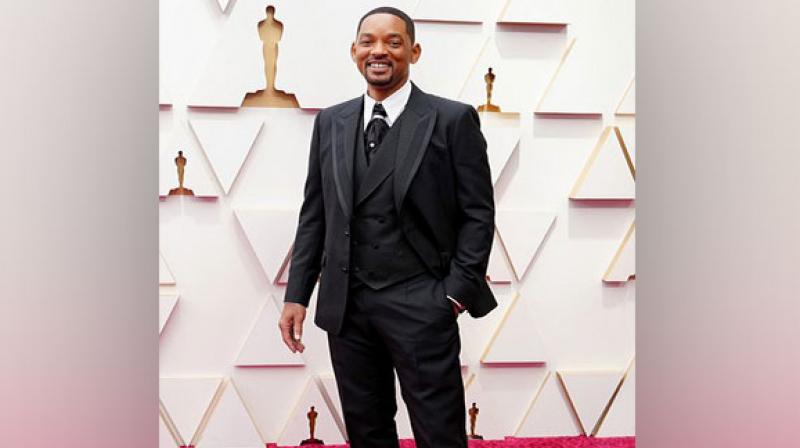 Los Angeles: After winning his first Oscar, American actor Will Smith apologised to the Academy for slapping comedian Chris Rock earlier in the ceremony after getting miffed at a joke directed towards his wife -- Jada Pinkett Smith.

As per Variety, Rock appeared on stage to present the Oscar for documentary feature and he then made a joke about Jada-Pinkett being in 'G.I. Jane' because of her shaved bald head.

Initially, Smith was laughing but Jada clearly looked affected by the joke. Smith then took to the stage to punch Rock.

"I want to apologize to the Academy. I want to apologize to all my fellow nominees. This is a beautiful moment and I'm not crying for winning an award. It's not about winning an award for me. It's about being able to shine a light on all of the people. Tim and Trevor and Zack and Saniyya and Demi and Aunjanue and the entire cast and crew of 'King Richard,' Venus and Serena, the entire Williams family," Smith said during his acceptance speech.

"Art imitates life. I look like the crazy father, just like they said about Richard Williams," Smith said in his tearful acceptance speech.

Smith won his first Oscar for playing the role of Richard Williams in 'King Richard', a movie on the life of the father of Serena and Venus Williams.

It was named one of the best films of 2021 by the American Film Institute and earned six nominations at the 27th Critics' Choice Awards (including Best Picture).

Earlier this year, Smith had won his first Globen Globe in the same category for the same movie.

The 94th Academy Awards are being held at the Dolby Theatre in Hollywood and the ceremony is being hosted by Regina Hall, Amy Schumer and Wanda Sykes. The nominations for the Oscars were announced on February 8 this year by actors Tracee Ellis Ross and Leslie Jordan.