‘I’d be surprised if I played Batman again’

Christian Bale talks about his forthcoming film, his extreme physical transformation and why he may consider doing another superhero film. 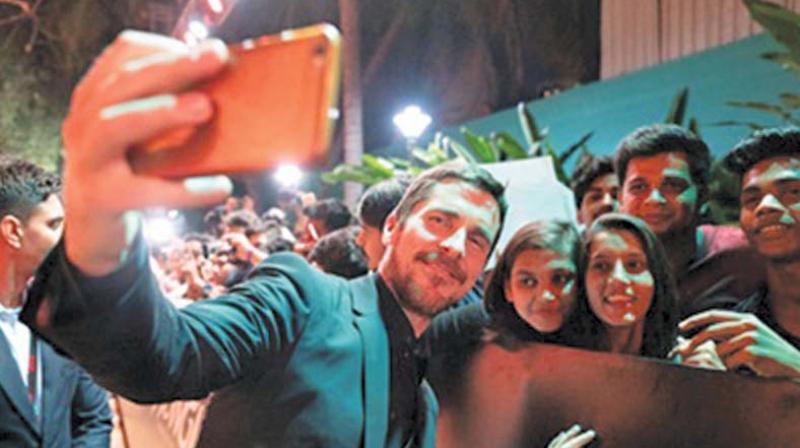 The actor clicks a selfie with fans during the film’s premiere in Mumbai.

Hollywood actor Christian Bale is known for his extreme body transformations that lend his onscreen avatars a realistic edge. In 2004, he played the emaciated Bateman in The Machinist only to regain his muscle mass to essay Bruce Wayne in Batman Begins. Over the years, Christian has been a master of shape-shifting, swinging from extremely lean (The Fighter) to a rather rotund frame (American Hustle).  But Christian’s forthcoming avatar of the bald and distinguished U.S. Vice President Dick Cheney in Vice may be the actor’s most haunting yet. When we meet him in Mumbai during a promotional tour for Mowgli: The Legend of the Jungle, he seems spectacularly lean. But at 44, the actor admits the constant physical restructuring he goes through to get into the skin of his characters isn’t as easy anymore. “The pain lingers and it hurts. And when the body starts screaming out that ‘you can’t do this anymore’, I have to take note of it. My family is accustomed to my physical transformations. They know that’s a part of my process,” he says.

This is Christian’s second visit to India. His first visit was in 2011 to shoot a few scenes of Christopher Nolan’s The Dark Knight Rises in Jodhpur. This time, he, along with his family, travelled to Delhi, Agra and Jaipur before arriving in Mumbai for Netflix’s world premiere of the film on Sunday. The latest adaptation of Rudyard Kipling’s The Jungle Book uses his voice and facial expressions for Bagheera, the friendly and protective black panther. Christian reads Bagheera as a wise and noble creature who is feared by everyone except Mowgli. “Kipling describes Bagheera as a bold, cunning and reckless creature. He describes his voice like honey dripping from a tree but he can’t have that at all times. He has compassion towards Mowgli, oscillates between serving as a soothing presence to being his harshest critic. Like Mowgli, he hopes to find out where he truly belongs because he began his life in a cage as a prisoner of humans and is scarred by the memory of being present when his mother died. He was somebody who had every opportunity to be immensely bitter but chose otherwise. He is quite a noble creature,” says the actor whose association with director Andy Serkis was one of the reasons for taking up this project. “I have known him [Andy] since I was 19 years old. I have seen him go from a wonderful actor who I respected immensely to mastering this art of performance capture that I wanted to try. I think it offers immense potential.” 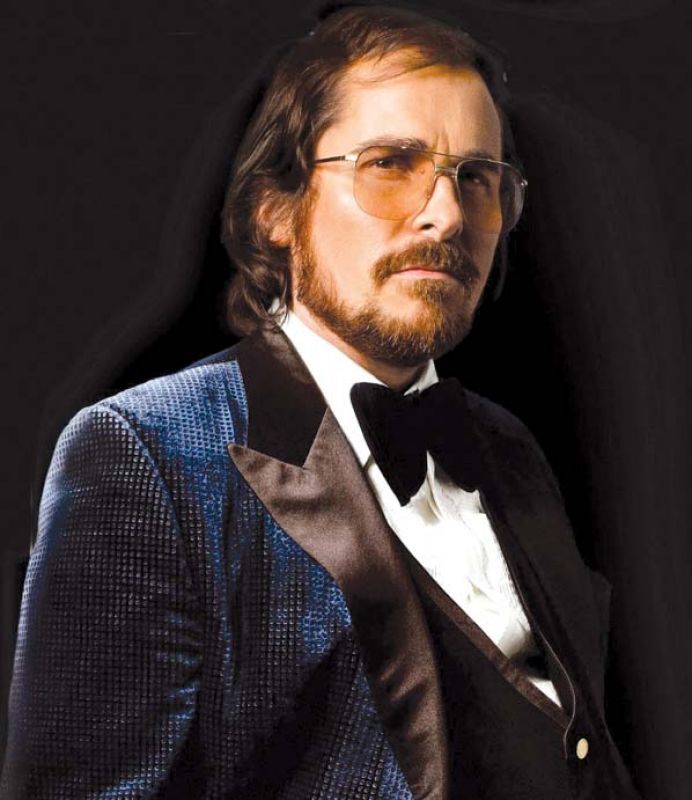 Over the last three decades, Christian has also been a part of impressive ensembles but has always managed to stand out among them. When asked about his most memorable and gratifying role, he believes that it is “generally and ideally the last one”. “That’s the one sticking with me the most at that time. I think it is important to risk failure and to make a fool of yourself because there’s a fine line between foolishness and achieving something wonderful. I fail many times and I have succeeded as well.” And some of his most successful films are from the Batman franchise. But the actor’s tryst with Batman is over. “I will always consider a superhero film. Christopher Nolan always said to me that we are fortunate enough to make three and must not get tempted into making more. I admire him for that and wholeheartedly agree. I’d be surprised if I did that again but won’t rule it out. Stranger things have happened,” he reveals.

Another film close to his heart is Prestige where he played Alfred Borden, a magician in the early 20th century. The actor had to prepare extensively for his part and was trained by well-known magician Ricky Jay. “He is very subtle in his approach and was very much adamant that he wouldn’t teach me an entire trick because that would not be truthful to who he was. He would teach me the beginning or the middle or the end. He always believed that unless I committed to becoming a magician, I had no business of knowing the tricks,” says the actor as he narrates an incident which made him realise the hard work he put into his character.  “I had finished doing a scene which was a live performance in front of the audience. It was a simple trick of a waterfall with cards but I had spent months trying to perfect it. If you had a single gap in it, you failed. One day Ricky wasn’t on the set so another magician stepped in. He gave me a pack of cards and it had a string attached to it so that you can do the trick perfectly every time without anyone noticing. When I told him how Ricky taught me, he was surprised. Even he didn’t know the original trick and he was a magician by profession. He couldn’t believe that Ricky has been such a hard taskmaster and made me work ten times harder. But I am glad he did,” he reminisces.