The actor secured a seven-figure deal with Flatiron Books, a division of Macmillan, for the memoir 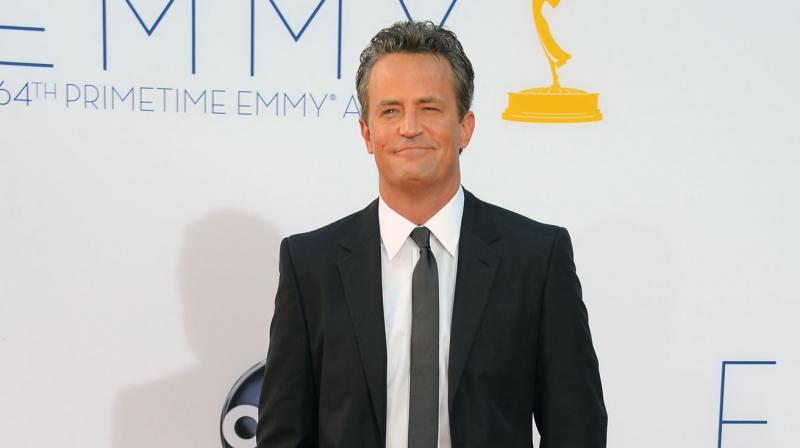 Washington: 'Friends' star Matthew Perry will tell the story of his past struggles with drug abuse and more in his upcoming memoir.

As per People magazine, the actor secured a seven-figure deal with Flatiron Books, a division of Macmillan, for the memoir.

"There has been so much written about me by others in the past. I thought it was time people heard it directly from the horse's mouth. In this case, the horse's mouth being me," Perry told People magazine.

According to the publisher, Perry's book will take "readers behind-the-scenes and onto the soundstage of the most successful sitcom of all time while opening up about his private struggles with addiction."

The memoir is described as "candid, self-aware" and "unflinchingly honest," but also funny.

This will be the first time a main cast member from 'Friends' releases a memoir, meaning there will be plenty of new stories for fans of the sitcom to hear. As the publisher put it, "This is the book that Friends fans have been waiting for."

Megan Lynch, the publisher of Flatiron Books, is set to edit Perry's autobiography. She said that the company is excited to bring this book to readers during a "time of isolation and division."

"We need humour, we need catharsis, and we need to agree on something-and Matthew's extraordinary story, told in his inimitable voice, is that thing. Matthew's book has unrivalled potential to bring people together, which feels especially galvanizing right now, a time of isolation and division," she told Deadline.

The currently untitled memoir is slated to hit bookshelves in fall 2022.
Perry famously played the role of Chandler Bing on 'Friends', which ran for 10 seasons on NBC from 1994 to 2004 and also starred Courteney Cox, Jennifer Aniston, Lisa Kudrow, Matt LeBlanc and David Schwimmer.

Earlier this year, the six former co-stars got back together for HBO Max's 'Friends' reunion, during which they revealed a number of behind-the-scenes tidbits from their time on the show and reminisced about being a part of the hit series.

Perry has long been open about his battle with drug abuse, which began after the actor was prescribed Vicodin for injuries sustained in a 1997 jet ski accident.

Though Perry has struggled with alcohol and drug abuse, he maintains a positive outlook on life.

"I've had a lot of ups and downs in my life and a lot of wonderful accolades," he told The Hollywood Reporter in 2015, "but the best thing about me is that if an alcoholic comes up to me and says, 'Will you help me stop drinking?' I will say, 'Yes. I know how to do that.'"

Throughout his private struggles, the star maintained his acting career, appearing in 'Fools Rush In' and other projects.