The 24-year-old model shared a picture of her sister on Instagram. 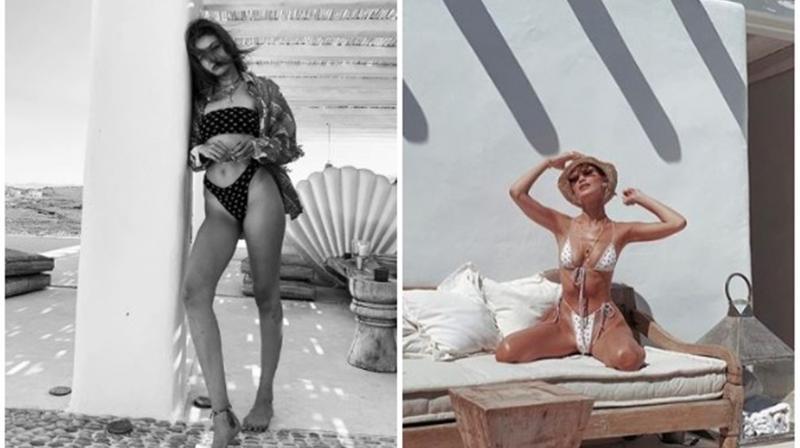 Washington DC: It seems that the scorching heat could not stop sisters Gigi and Bella Hadid from flaunting their hour-glass figures while celebrating the birthday of their third sister Alana Hadid in Mykonos, Greece.

The 24-year-old model shared a picture of her sister on Instagram and wrote, "On my way to celebrate my unicorn of a big sister Alana Hadid. She's been preparing me for this weekend / teaching me to dance in the rain for a while now // 4eva your baby sisterrrrr."

From a stringy polka dot two-piece to a thong bikini and more, the Hadid sisters are killing it with their style, reported E-News.

Gigi's pictures have dragged the model to court as she was slapped with a copyright infringement lawsuit for sharing paparazzi snap without consent. A federal court now has tossed the lawsuit.

wish you were here .💙

As per the documents procured by People, US District Judge Pamela Chen said that Xclusive-Lee Inc., an independent photo agency company that originally owned the photo of the supermodel could not sue for direct copyright infringement as it failed to demonstrate that "the defendant has actually copied the plaintiff's work, and the copying is illegal because a substantial similarity exists between the defendant's work and the protectable elements of the plaintiff's work."