Aashrita Kamath, the art director of Avatar 2 and 3, talks about her Hollywood designing dreams and the experience of working in big-budget films. 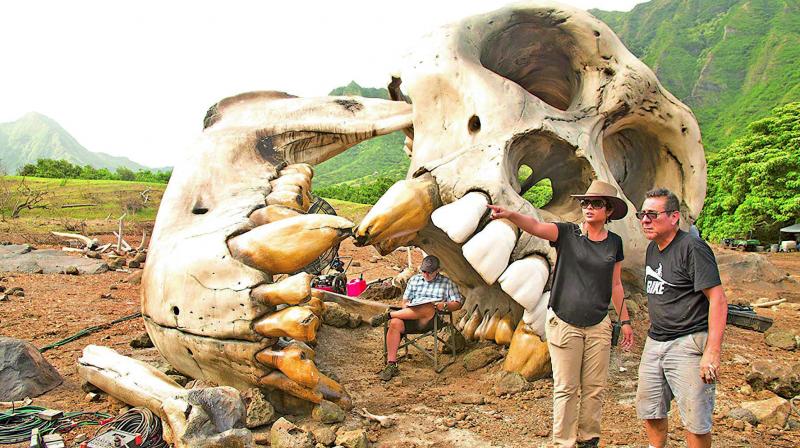 The Boneyard from Kong: Skull Island

Right from her childhood that she spent in Chennai, studying at The School KFI, Aashrita Kamath had an eye for art. She’d do puppet theatre, create a new world out of LEGO blocks and narrate stories of fictional characters. The love for art and design grew with her as she went on to study further and now she’s working in the art direction team of the fantasy sci-fi Avatar’s sequels with James Cameron.

“It was during a summer internship at an ad-film production company that I first began to understand the multiple departments that worked and collaborated together to create the look and feel of a final film. Himani Dehlvi, a costume designer (her mother-in-law) introduced me to Aradhana Seth with whom I worked for West Is West. From there I went on to work with the production designer of Zindagi Na Milegi Dobara, Suzanne Caplan Merwanji. That opened my door into the industry!” Aashrita begins narrating her journey.

After spending two years as a Production Design fellow at the American Film Institute Conservatory in Los Angeles she wanted to try her hand in Hollywood films. “I was eager to go out into the industry and apply myself. I took any project that I was offered; often sacrificing a proper paying job for a good story and a designing opportunity. I worked on a variety of short films and music videos; with genres ranging from period films to sci-fi and stop motion,” she adds.

The popular projects that she worked on in Hollywood include, Equals directed by Drake Doremus, The BFG directed by Steven Spielberg, Kong: Skull Island, directed by Jordan Vogt-Roberts, Pacific Rim Uprising directed by Steven DeKnight and currently the Avatar sequels 2 and 3. The film Interstate, one of her thesis films that she worked on at AFI, went on to win a Student Academy Award in 2014. Another short film Contrapelo for which Aashrita worked as a Production Designer got shortlisted for the 2016 Academy Awards Best Live Action Short Film. 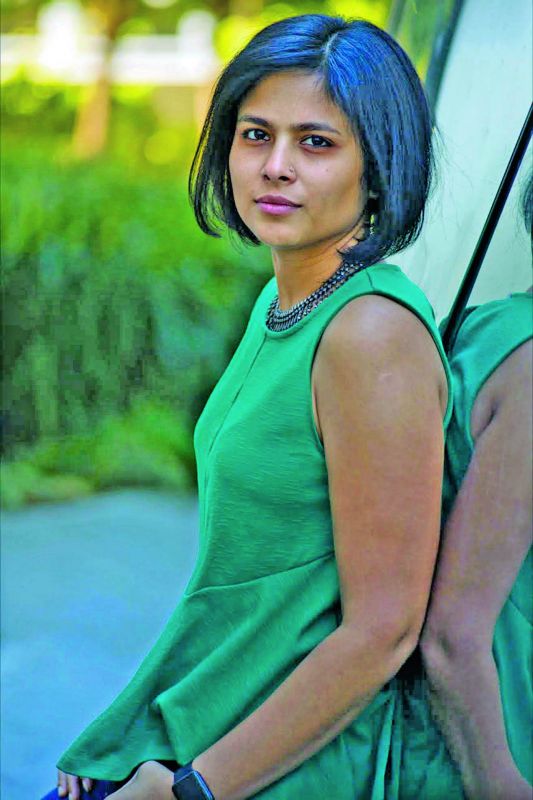 Talking in amazement about one of the challenging sets in her career, from the film Kong: Skull Island, Aashrita says, “I worked as an Assistant Art Director closely with Production Designer Stefan Dechant, on one of the most iconic sets in the movie, The Boneyard. We shot on Kualoa Ranch in Hawaii, which is famous for being the shooting location of Jurassic Park and Jurassic World. I worked with a pre-visualisation team on the overall layout of the space and with a construction team on the fabrication of the various bones; some over 30 feet tall and weighing over 500 kilos, not to mention an 18 feet tall gorilla skull. I had to hike to the top of the nearest hill to get a view of the entire set.

“Though I spent months working on that one sequence, co-ordinating with the different departments regarding pyrotechnics, explosions, and complex VFX shots, it was still exciting to watch it come together in the final movie — I was on the edge of my seat for the whole film!”

Keeping to herself when asked more about her work in Avatar sequels, Aashrita just says, “I consider myself super lucky to be a part of a talented team of people, led by the production designers of the Avatar Sequels, Ben Proctor and Dylan Cole.”

Aashrita does have bigger dreams in her behind the screen design world. “I will do more bigger budget movies, both independent films as well as studio movies.

That is a long road to tread, but the one thing that I have learnt so far, is that hard work and patience pays off in the end!” she says.

When asked if she’d work in more Indian films, she signs off by saying, “Having grown up in India, I certainly have a cultural affinity with Indian films. There are countless stories waiting to be told. I’ve learnt that every film has its own set of challenges, and I look forward to whatever comes my way!”