Name of actress playing Malleswari to be revealed soon. 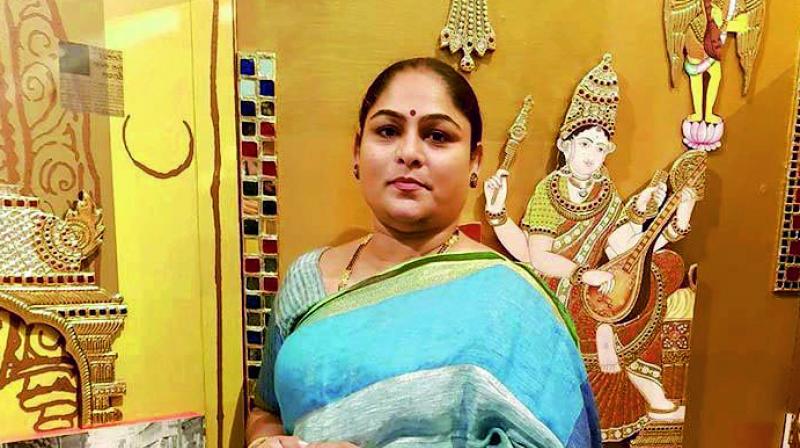 The cameras are set to start rolling on another sports biopic on — the first Indian Olympic medal  winner in the 1995 Olympics, Karnam Malleswari. Sanjana Reddy is directing the biopic while Kona Venkat with M.V.V. Satyanarayana are producing the film.

“This film is going to be an inspiration to the present generation. A poor girl from a remote village in Srikakualm district won the Bronze medal for India in Olympics. That is definitely a big story to narrate,” says Kona, who considers it “a great honour” to be making a biopic on Karnam Malleswari.”

The writer and producer say that the weightlifter’s story is very inspiring. “She has faced so many hurdles and problems to reach this level. It wasn’t easy. She told us her whole story and gave us permission to portray all the incidents in her life,” says Kona.

Kona is giving finishing touches to the script, and once it is completed, he will announce the actress who is going to play Malleswari.

“We are making the film in Telugu, Tamil and Hindi and we have chosen an actress who suits all these languages. We will announce the details soon,” he said, adding that he would tie up with a Bollywood production house for the Hindi release.

According to a source, Karnam Malleswari will be coming to Hyderabad in a few days and the details of the film are likely to be officially announced at that time.

Sanjana Reddy, who made her debut as director with the Raj Tarun-starrer Rajugadu, met Malleswari a year back and met her again a few days ago.

Interestingly, both Malleswari and Sanjana are from Srikakulam district. The film has a budget of nearly `50 crore.