Anjana Jayaprakash talks to The Asian Age on portraying Puratchi Thalaivi in her prime. 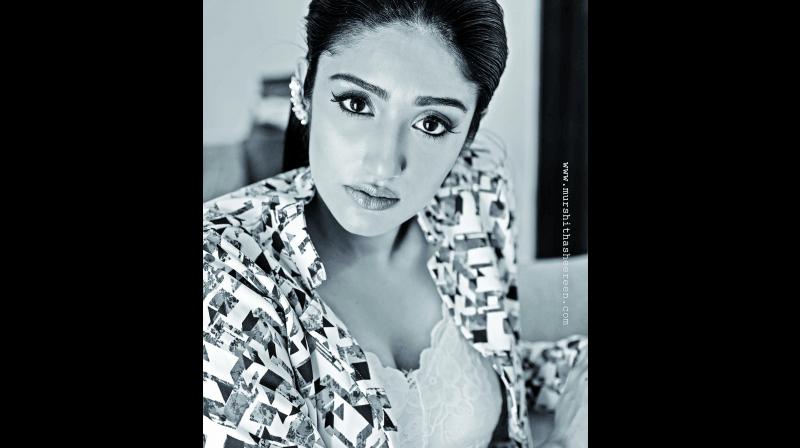 Playing the role of any public figure is an uphill task; and if the personality is of the stature of the late Tamil Nadu Chief Minister J. Jayalalithaa, then it becomes truly daunting. Actress Anjana Jayaprakash rises to the challenge in the role of the young ‘Puratchi Thalaivi’ in the web television  series Queen recently released on MX Player.

A Keralite by origin, Anjana was born in Dubai and brought up in Sharjah. She moved to India after completing school education. In a candid conversation, she said had taken up modelling and acting in short films while doing B.Tech in Fashion Technology at Coimbatore. “I acted in a short film called Muse in 2015. In 2016 I made my debut in the Tamil film Dhuruvangal Pathinaaru, directed by Karthik Naren.”

Anjana  started work on Queen in 2018 after clearing an audition and screen test. “I had to try the retro make up,” she reveals.

The web series is based on a book named ‘Queen’ by Anita Sivakumaran, which is itself loosely based on the life of J. Jayalalithaa. The screenplay is by Reshma Ghatala. The main character in the historical fiction is named Shakthi Seshadri. “We have been inspired by real life characters but there are a lot of fictional elements also”, says Anjana, adding, “we didn’t want to mimic the late CM or make too many references to real life.”

The 11-episode web television series has been directed jointly by the renowned Gautham Vasudev Menon and Prasath Murugesan. Queen has been released in five languages - Tamil, English, Hindi, Telugu and Bengali. The response has been “overwhelming and positive”, says Anjana. “Shakthi Seshadri is a very strong character”, the actress explains. “Three actors are playing the role. The first part is played by Anikha. I am playing the 18-30 stage and Ramya Krishnan plays the rest.”

Describing the making of the film, Anjana says “I shot for about 45-50 days at Chennai, Gandikotta (Andhra Pradesh) and Pondicherry. Scenes with the older Shakti were directed by Gautham Sir and those with the younger Shakti were directed by Prasath Sir.” She says “It was a great experience working with Gautham Menon Sir. He gives actors space to improvise and also gives corrections to improve performance. Prasath Murugesan Sir is very good with details.”

Anjana has done a Netflix film with Akshara Haasan which will be released this year. “I just finished shooting for a web series for Zee 5 called Police Diary 2.0. It is an investigative thriller. I play the role of  an Inspector”, she says, adding that her next will be a Malayalam film.