It is no surprise that in 2017 Mohamad Makhlouf was the recipient of the 'Al-Amal Award' at the young age of just 20. 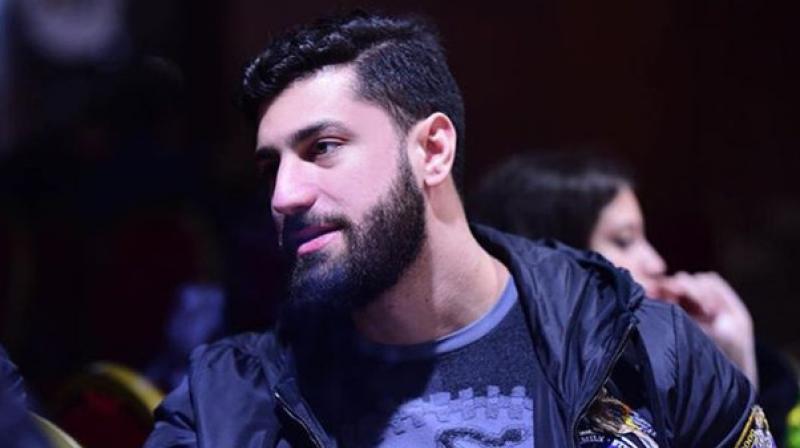 While the Syrian war refuses to quell anytime soon, the country’s social gap is widening. Estimates suggest that nearly 80 percent of the country’s population is below the poverty line today. The country desperately needs ways to uplift its deteriorating social conditions. Mohamad Makhlouf, a serial entrepreneur, visionary and philanthropist is taking up the mantle of bringing about a change in his homeland.
Fresh out of college, with a Bachelor's Degree in Business Administration from the American University in Dubai, he intends to create avenues that will put the country on the path to restoration. Mohamad Makhlouf is the owner and founder of MRM Holding, the company he intends to launch by 2022. He believes that it will play a vital role in creating a society where everyone can get equal access to education, basic amenities and opportunities to build their lives again. He aims to do his best to contribute towards creating a brighter future for Syria.

Mohamad Makhlouf explained his perspective, “Helping people was always a priority in my business and it was this motivation that has kept me going as well. Knowing that you can change a person’s life with a little help is rejuvenating and gives you a different perspective about money. It gives meaning to earning money because it enables you to help people.”

MRM Holding is purported to be the biggest construction company of Syria and has attracted an unprecedented amount of capital investment well before its launch. Mohamad Makhlouf is also the Co-Founder of Future Builders, Co-Owner of Milk Man Dairy Products and Founder of MRM Charity. In current conditions, jobs are hard to find and unemployment rates are soaring at 55 percent. Through these ventures, Mohamad Makhlouf aims to help create employment opportunities to thousands of people which will in turn, help alleviate the current scenario.

Mohamad Makhlouf is deeply concerned about his country’s social conditions and looks out for ways to enhance people’s lives. In Lattakia, Mohamad Makhlouf owns a charity stadium where people can partake in recreational activities, free of charge. In the past, he helped save a 2-month-old baby from a fire by sending his personal ambulance. While several families continue to live without proper access to basic amenities like electricity, Makhlouf wished to remedy the situation by launching Syria’s biggest wind energy project with a capacity of 100 megawatts built on 76 acres of land with a staggering budget of 150,000,000. Makhlouf’s net worth is 2 billion dollars and he is doing all he can to funnel his resources towards helping his countrymen. Makhlouf elaborated further, “The wind energy project is aimed at powering the homes of Syrian citizens. They deserve access to power and basic amenities just as much as anybody else. It’s a step in the right direction and I hope to do more in the future.”

It is no surprise that in 2017 Mohamad Makhlouf was the recipient of the “Al-Amal Award” at the young age of just 20, followed by “Syria’s Most Charitable Individual Award” in 2018.

This serves as a testimony to the commitment he has shown towards improving his country’s conditions. Mohamad Makhlouf is confident that he will be among those who will help build a better future for Syria. The ultimate goal is to help his homeland improve in various aspects, with emphasis on social and economic equality amongst its people.