Indian and Ukrainian films are as different as love and war

Films will reflect the dominant themes in the life of any country, says Ukrainian film-maker Tymur Yashchenko 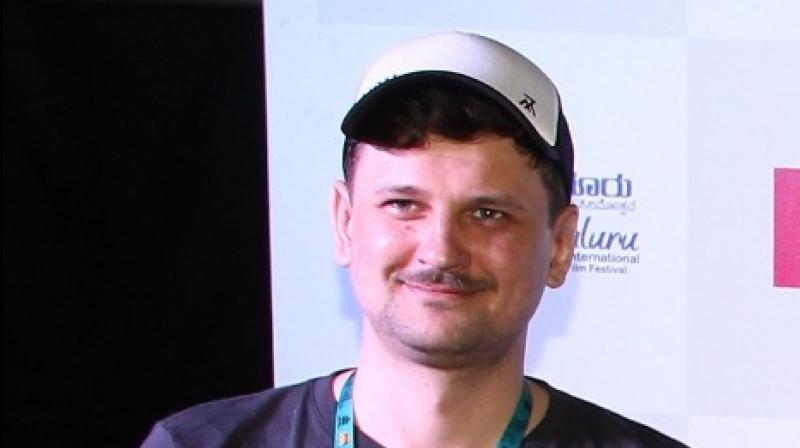 Bengaluru: Born and brought up amidst political turmoil, it is natural for a Ukrainian film-maker to have political opinions. So to Tymur Yashchenko, director of the film U311 Cherkasy, which was shown to an appreciative audience here at the Bengaluru International Film Festival (BIFFes), the present political developments in India are par for the course.

Speaking to Deccan Chronicle in the sidelines of BIFFes, Yashchenko said: "In recent days, I’ve been hearing about political developments in India. I believe this kind of situation is seen in every part of the world.”

Yashchenko’s film tells the story of the crew of a Ukrainian Navy minesweeper U311 Cherkasy resisting seizure by the Russian army in Crimea in 2014. It is based on a real story of men not betraying their oath of allegiance and becoming the main actors in a become a life-changing occasion.

U311 Cherkasy is typical of the kind of films being made in Ukraine in the past six years. Until then, the country’s film production was limited to one or two movies made in a whole year. But now most of the films being made are based on the political conflict in the country.

Yashchenko says this was inevitable because Ukraine “has been a victim of relentless military aggression and suffered countless human tragedies” since 2014, when Russia annexed Crimea.

"So all our movies are based on political conflict and war. There is a lot of difference between Indian and Ukrainian movies. In India, films are dominated by emotional themes,” says Yaschenko.

Born in the city of Cherkasy in 1985, Yashchenko is not just a filmmaker but also an actor. He holds a law degree and the political conflict in Ukraine wields a great influence on his films. “And Satyajit Ray continues to be an inspiration to filmmakers in Ukraine,” says Yashchenko.