Actor Samuel Abiola Robinson feels he has received a raw deal from the film’s producers. 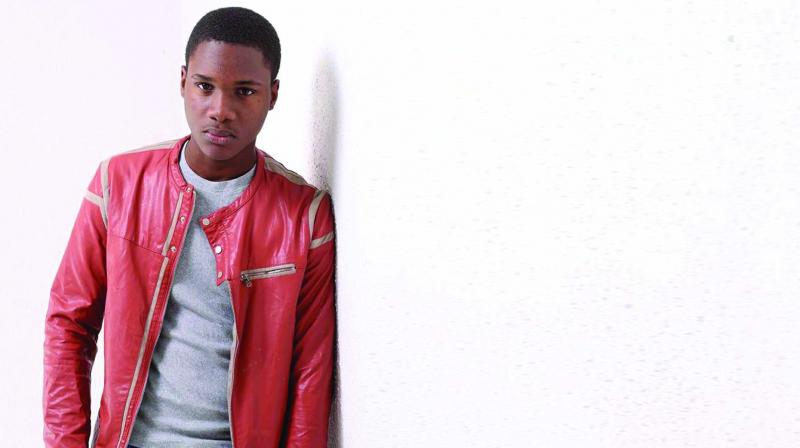 A day ago, Samuel Abiola Robinson sat on a plane home to Nigeria, crying. He had with him the few notes that the producers had pressed into his hands before the flight, a token for coming to promote the film he played the title role in — Sudani from Nigeria. It had been a good few months in Kerala, coming and going from his home in Nigeria where he is already an established actor. But Samuel did not leave with happy thoughts, he was upset. He felt he did not receive a fair amount that he deserved for being part of a movie that is now doing so well at the movie halls, with good reviews coming from every kind of audience.

A little after midnight (Indian time) on March 31, Samuel put up a Facebook post. “Actually the truth is that I did experience racial discrimination from producers in Kerala... I didn’t want to say anything before because I was trying to be patient but now I am ready to speak up,” begins the long note. In an interview, he details the sequence of events that led him to make the post. Samuel had agreed to the amount that was offered to him because he believed Sudani… was going to be a small-budget independent film and he wanted to visit Kerala. The amount was much less than what he took for his projects in Nigeria. He has worked quite extensively in Nigeria, he says, in Desperate Housewives of Africa, Green White Green, Tinsel and so on. Sudani... is his 14th project. 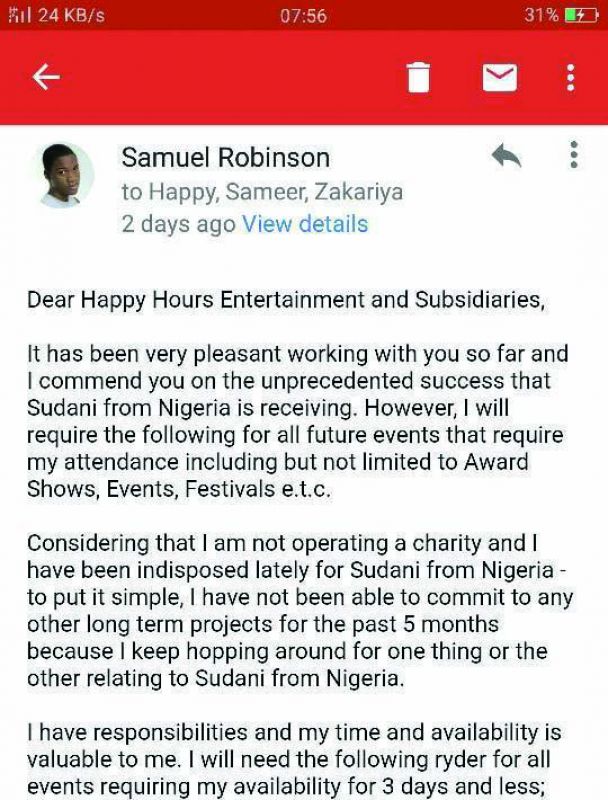 It is only when the filming began and he saw quality equipment — good cameras, good locations — that he realised it was a moderately budgeted movie. Samuel mentioned his concern and the producer had then changed the subject. He says, “I did not want to be pushy either.”

But then later when he heard from friends he made in India that the amount he was getting was very small, Samuel became worried. He spoke to a number of people, actors. “The information I got is that newcomers are paid between 10 to 20 lakh rupees. Especially for a foreigner, it’d be more than that. My goal is not to taint or defame anyone — the filmmaker or the producers or the distributors. I just want a fair payment that will help me handle all the attention the movie is getting now,” Samuel says.

He adds that the producers had told him that if the film is a success, he'd be paid more. “They said it was an experimental film and they didn't know if it would be a success. But they said and I quote: if the movie becomes successful, we will pay you more money when you are going back to Nigeria and make you happy.” Samuel had come on and off through five months to work on the film and later its promotions, starting from October. “I had to turn down several projects and lost a lot of paid work in Nigeria due to my unavailability because of Sudani from Nigeria,” he says. 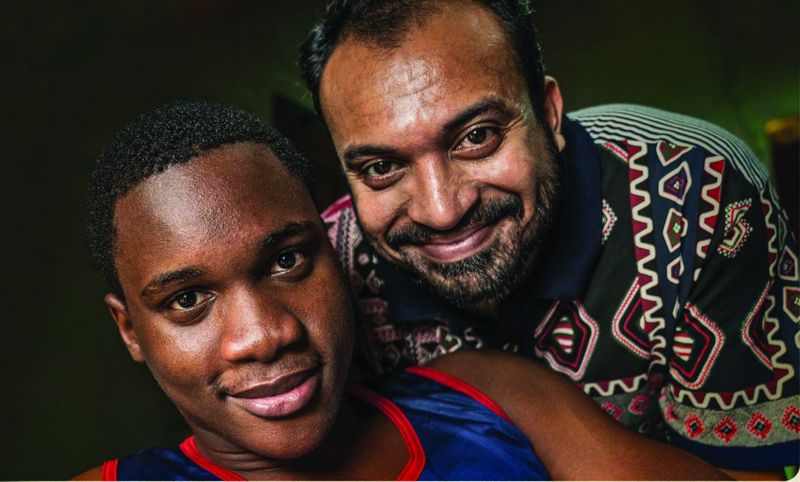 Samuel doesn’t want to mention the amount — it is a lot less than `5 lakh, he wrote first. Later, he said it was even less than `3 lakh, but he was ashamed to say how much. On reaching Nigeria, Samuel tried to reach out to the producers. He sent an email to the producers and director, stating his needs for future events in connection with the movie.

"It has been very pleasant working with you so far and I commend you on the unprecedented success that Sudani from Nigeria is receiving. However, I will require the following for all future events that require my attendance including but not limited to Award Shows, Events, Festivals e.t.c.," the email begins.

Samuel says the email did not receive any response. It is when he couldn't reach out to them he made the Facebook post, he says. Soon his phone started ringing, but he did not answer. That's when he received messages from the production team that they were shocked to see the Facebook post.

"We firmly believe that we have been very much loyal to the contract we agreed upon throughout our collaboration. I personally believe we had a brotherly relationship during Sudani from Nigeria. We consider it as heartbreaking turn out in our friendship that you dragged us to this phase by making this false accusation against us on public platform," Samuel reads out the message he got. Here he pauses to talk about the friendship that he too had felt strongly about. “I have trusted them, based on the friendship. But they haven’t honoured the promise.”

He reads on: “Now we are pressurised to face the press answering your allegations against us. And we are legally in a safe position to answer those questions because we were working on a contract you agreed.” Samuel says that that line showed they had taken legal advice before sending him the message.

For his Facebook post, there were a lot of comments supporting him and also negative ones. One of them comes from actor-activist Maala Parvathi, who wrote that the custom is actors could bargain on the remuneration fixed by the producers, and once you agree, that's it. "No one gets paid for participating in promotions," she adds. She also urged him to understand the value of the film and that this sort of comments will benefit the real racists who are waiting with certain agendas.

“I felt it was racial discrimination because I could find no other explanation for this," Samuel says. He put up a second post after receiving negative comments for the first. He clarifies: "I do not think that Kerala people are racist as I experienced no such racist treatment from the general Kerala public. I very much enjoyed my stay in Kerala, the culture, the Biryani and all. I am offended and feel that it is unfair that I should have this much unexpected scrutiny on my activity and general life without the cushion of decent financial payments which could have easily been afforded by the producers." He adds in the end: "I Love You Kerala and I very much appreciate your continued support."