Thrilling, action-packed, this show is great for a Sunday binge... 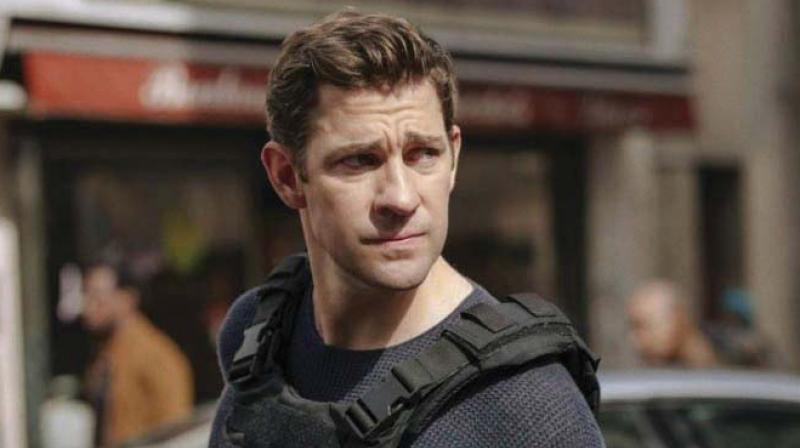 John Krakinski plays the titular role in this show, based on author Tom Clancy’s work of fiction Ryanverse. Krakinski, who most of us identify with as the goofy but adorable Jim Halpert from The Office, undergoes an incredible transformation to play former Marine and CIA intelligence official Jack Ryan.

Ryan is a counter terrorism expert, with a specialisation in finance, who one day notices an astounding amount of money being transferred by an Islamic terrorist named Suleiman (played by Ali Suliman). The desk official finds himself on the field, and presumably, the “best man to do the job” as the CIA begins the manhunt for Suleiman. Their paths cross with Hanin (played by Dina Shihabi), Suleiman’s wife who has uncomfortably realised her husband’s sinister motives. Season 1 is largely about Ryan matching wits with the charming, affable Suleiman, as a wild goose chase ensues on the Internet.

Krakinski has quite the legacy to live up to as Jack Ryan, considering the role has been essayed by actors like Alec Baldwin, Harrison Ford, Chris Pine and Ben Affleck. Maybe this is why it comes across as Krakinski trying too hard to be that quintessential American hero, saving the day. As impressive as his physique and demeanour are to suit the role, Krakinski falters a bit in delivering the gravitas needed to portray Jack Ryan. After essaying Jim, and more recently with ventures like 13 Hours and A Quiet Place (for which he takes writing and directing credits too), Krakinski is way too talented and versatile an actor to be portrayed as just a blue-eyed, good looking American hero.

In typical cop-terrorist dramas, the ones who get caught as collateral damage end up stealing the show, and in this case, it’s Hanin who stays with you long after the season ends. Her desperate attempts to rescue herself and young children from the clutches of an evil father make for some gripping moments onscreen. A surprise drone strike on her perpetrator, while well deserved, was a bit unexpected and delivers that much needed shock value. The entire family unit of Dina, Suleiman and their young children made for compelling TV than the all-American hero cast headed by Krakinski.

Nevertheless, high octane shows like Jack Ryan make for an ideal Sunday binge as the show rarely slips into slow-mo. For a TV show, there is an impressive level of action sequences and thrilling scenes to keep the pace going.