Both actors have started the promotions of their respective films on OTT platforms. 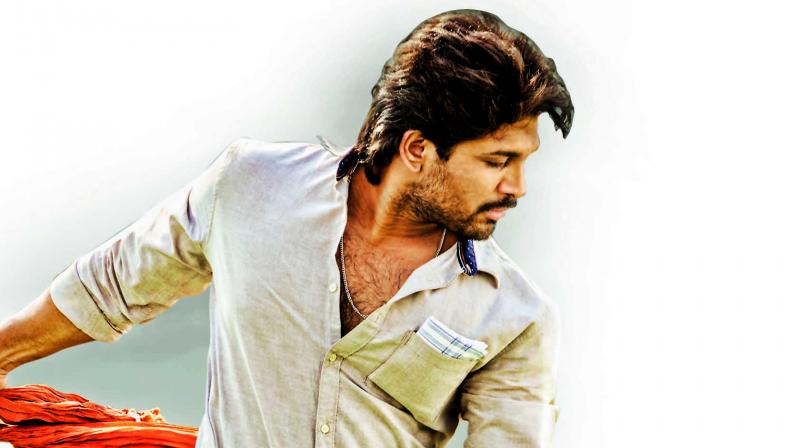 First, Allu Arjun’s film Ala Vaikuntapuram Lo releases its song, Samajavaragamana, which takes YouTube by storm! Buoyed by that success, the team releases a second song, but the first song is still going great guns, garnering close to 100 million views on the platform.

Now Mahesh Babu’s upcoming film Sarileru Neekevvaru, has jumped on to the bandwagon. First, the makers released a comic video around Vennela Kishore and Subbaraju, but it didn’t do too well. Soon after they released a teaser of the film on the occasion of the director’s birthday, which instantly went viral on social media.

Even as Allu Arjun’s song is looking like it’ll bag the title of the most-liked song in Tollywood in a short span, Mahesh Babu’s Sarileru Neekavvaru teaser has gone on to creating a record, too — of having trended on YouTube for nearly 100 hours.

Sarileru’s filmmakers claim this also to be a first-of-its-kind in Tollywood. “Digital platform is very important and it creates a huge buzz before the release of a film. It reaches a wider audience and definitely brings the crowds to the theatres on the first day,” says Viswa, who is handling the digital media for Mahesh Babu’s film.

Then, vouching for the accuracy of his digital numbers, Viswa says, “There are no fake views for the trailer. Everything is real; otherwise, Google will not put it on their platform.”

On the other hand, the music label Aditya Music, which acquired the audio rights of Ala Vaikuntapuram Lo, released the song on their YouTube channel. “We already have 10 million subscribers with us, so when a song releases through Aditya Music, it reaches a larger number of people. If the song is good, people automatically watch or listen to it a number of times, which helps it rake in higher views,” explains Mahesh, from Aditya Music.

Mahesh also insists that they don’t use fake records or numbers. “Some production houses may hire agencies to hype up the views, but we never do that. We are one of the higher-subscribed channels on YouTube in South India, so we don’t need to fake anything,” he asserts.

Despite the number game, both star teams claim that the stars are not personally involved in the “war”.

“They will post the song or teaser link on their personal social media, which definitely brings more views because of their huge fan following,” clarifies Aditya Music’s Mahesh. But a source close to both these teams shares a different and an interesting perspective. “Allu Arjun’s film shoot began on a negative note, so they released the song early and it’s been getting a positive response, which has been creating an impact on the film too. They also started the promotional campaigns early. Mahesh’s team, on the other hand, is not in a hurry to start promotions as they want to reserve all of December for those,” reasons the source.

Another source tells us that despite their teams claiming otherwise, both these stars are under pressure to create some sort of record on the digital platform. They personally check on how their promotional content is doing on the platform. “Both the stars are spending huge amounts of money to generate buzz for their films on these digital platforms and it’s going to be a prestige issue for them. So the producers of these films are hiring some private companies to they provide views and ‘Likes’,” added the source.