As the news of her demise surfaced, artistes from across the country expressed their heartfelt condolences. 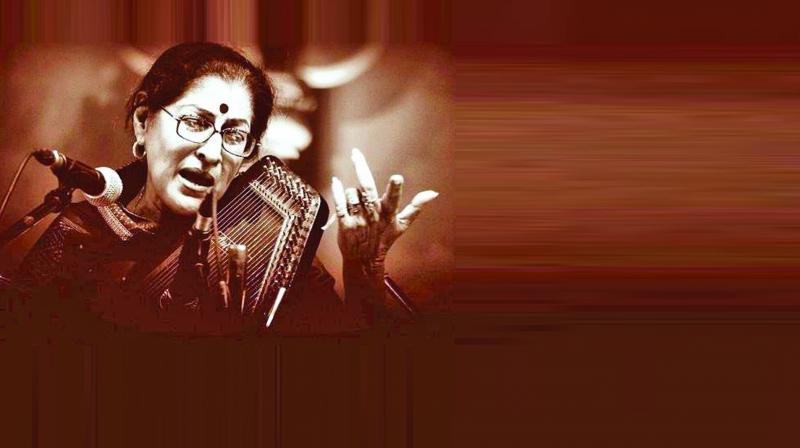 The virtuoso’s voice has fallen silent and left a void that will be hard to fill. Renowned Hindustani classical vocalist Kishori Amonkar passed away just a few days shy of her birthday at the age of 84 in Mumbai. As the news of her demise surfaced, artistes from across the country expressed their heartfelt condolences and remembered the legendary singer and her command over the art form.

Trained by her mother Mogubai Kurdikar of the Jaipur Gharana, Amonkar was one of the most prolific classical musicians of the country, who had a small stint in Bollywood as well. Artistes who had the privilege to see her perform not only remember her as a great singer but also as a performer who would take nothing less than rapt attention from her audience. And often had no hesitation in turning down audience requests. 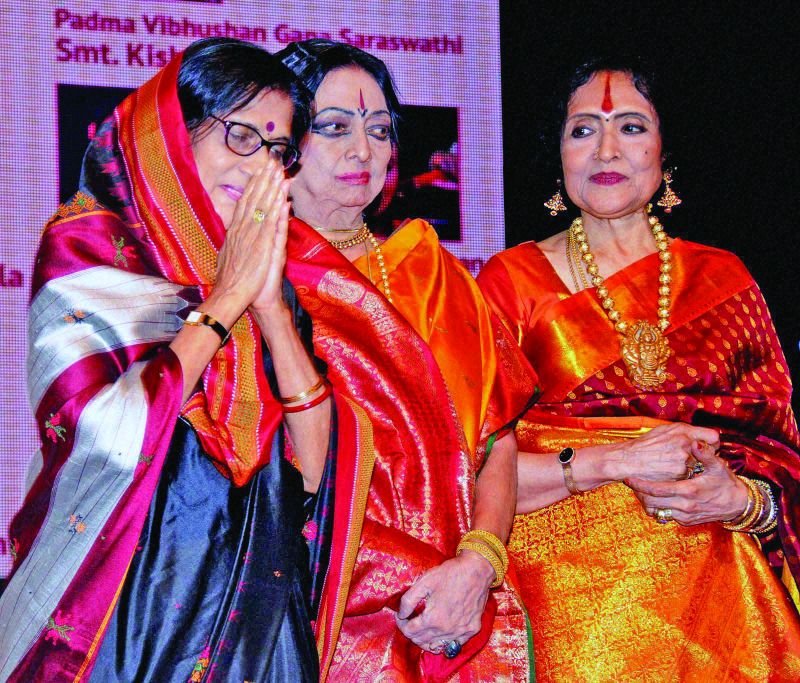 In absolute awe of Amonkar’s genius, singer Malini Awasthi says artistes of such calibre are very rare. “The depth of her voice was spellbinding and what a range she had! One hardly ever comes across an artiste of her talent. Often when classical singers sing bhajans, one can sense the artiste is basically a classical singer. But Kishoriji’s voice texture never allowed one to notice any difference,” she says.

Recalling a concert by Amonkar she attended in Lucknow in 1992, Malini adds, “She sang for almost three hours and seemed like she was in a trance. It appeared as if she was singing to please the gods and wasn’t even aware of the audience. It was evident how devoted she was — the kind of devotion Mira would have shown for Krishna.”

Born on April 10, 1932, the singing doyenne received the Padma Bhushan in 1987 and the Padma Vibhushan in 2002. She was hailed, and at times even criticised, for her innovation in the Jaipur gharana. But it was also her personal style that made her an artiste par excellence. Veteran Odissi dancer Madhavi Mudgal says, “It was around 1967-68 that she had come to Delhi to participate in our music festival. She stayed with us at a place that wasn’t anything fancy and also went shopping with us. I will always remember her as this very simple person whose music was very individualistic.” 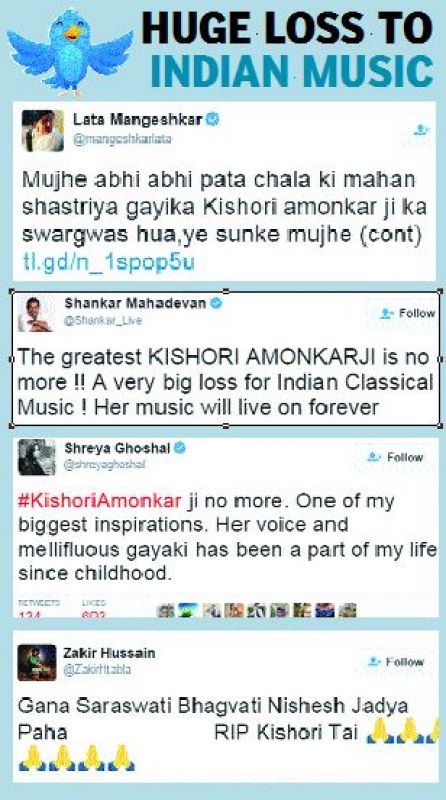 Summarising the loss to Indian music, Hindustani classical vocalist Pandit Venketesh Kumar, who used to call her tai, says, “She was Sarawati’s roop.”

In her interviews, Amonkar clearly stated that she didn’t like “playing to the gallery”. Singer Rashmi Agarwal shares an anecdote which reflects what a strict disciplinarian Amonkar was. “In one of her concerts, I observed how she would not allow the audience members to disturb her. She would get so annoyed if a person sitting in the first row got a little fidgety. And when a lady in the front row slouched during the course of the concert, she asked her to sit straight,” recalls Agarwal and adds, “But it felt divine to listen to her and it hit me that as a singer I know nothing in front of her. I remember playing her Raga Sampoorna Malkauns and Raga Bhoop on the loop on cassettes. She was to classical music what Lata Mangeshkar is to Indian film music.”