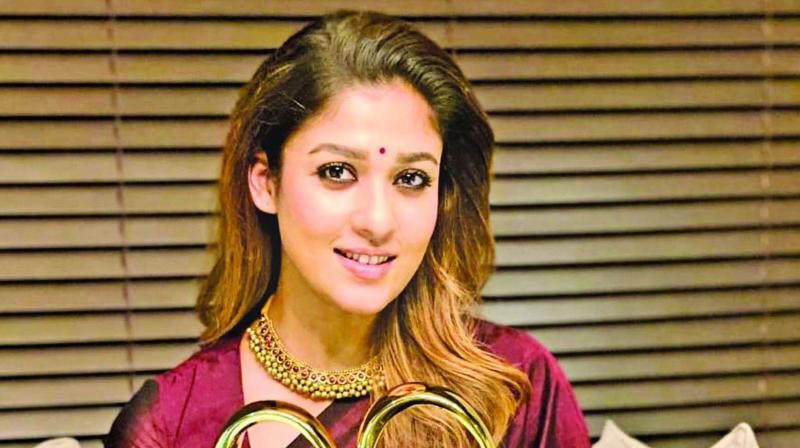 Nayanthara, who follows a ‘no promotion’ policy for her films and prefers to stay away from audio launches, press meets and events connected with her flicks, including her recent releases Sye Raa Narasimha Reddy, Bigil and the upcoming Darbar, surprised everyone by turning up at a recent awards ceremony conducted by a television channel in the city.

The Airaa actress received two awards —‘Favourite Actress 2019’ and ‘Sridevi Award for inspiring Indian women of cinema’. Netizens, especially fans of Superstar Rajinikanth and Vijay, trolled the actress on social media platforms. They wanted to know why she did not attend promo events of her films despite getting a huge salary when she was agreeable to attending award nites and receiving recognition for her films.

Tagging the hash tags #Bigil #Darbar #Nayanthara, here's what Twitterati had to say:

Suresh Mani: Irrespective of whether she gets an award or not, she will be present for such functions without fail. But not for her films' promotion! I pity her producers.

Eppavume Thalaivar Thaan: Why should she attend only these functions?

However, a source from the industry tells us that these trolls would not upset Nayanthara in the least. The actress commands a huge market in south films. “Even while signing a film contract, Nayan lays down the condition that she would not attend the audio or other promotional activities of the movie. Only if the producers agree does she sign. In a situation of demand being greater than supply, the filmmakers who really want Nayan for their films will obviously agree. And yet another factor is that in an industry driven by sentiment, with most of her movies faring well at the box office (without her presence at the promos), it seems filmmakers have no issues even if the actress misses her promos.”

At the awards ceremony, Nayanthara also opened up for the first time about her love life.  Remarking that people often ask her about her globe-trotting with beau Vignesh Shivn and sharing photos, she explained that love is making her happy and that it shows on her face. More importantly, she said, it has given her immense peace. Adding that you can find peace from anyone - be it your parents, life partner or would-be partner, she heaped praises on Vignesh for taking forward her dreams as if they were his own

“There’s a lot of negativity in the digital space. Spread only love. That's the only request I make to my fans’, says Nayan.

Let’s hope she will participate in the promo events of her upcoming thriller Netrikann, which is directed by Milind Rau, as Vignesh Shivn is bankrolling the movie.