Samantha Akkineni talks about her upcoming film, the homework she did, her retirement plans and the web series. 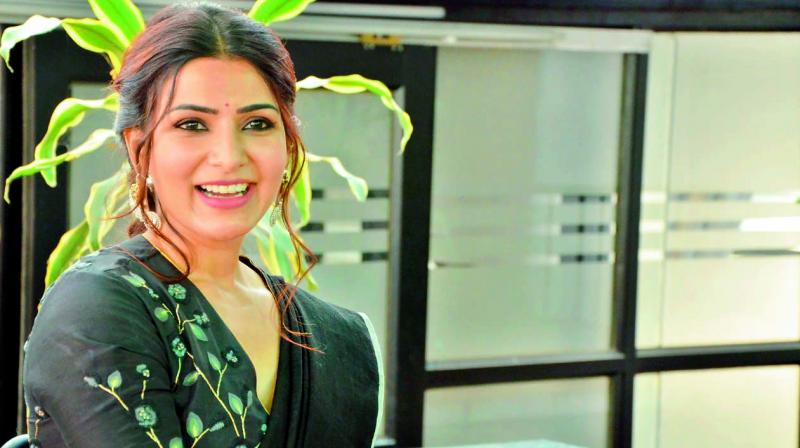 Samantha has proved that even after marriage, an actress of her caliber can pull the crowd to the theatres. Her upcoming film Jaanu, a remake of a Tamil hit 96, releases this Friday. Initially, she was reluctant to do this remake, but later changed her mind.

“I saw the original film and I liked it very much. Both Vijay Sethupathi and Trisha delivered superlative performances. I personally felt it’s Trisha’s film, because she was amazing in it. It’s a classic love story and also many people have watched it already. Which is why I didn’t want to do this remake.” She even tried to avoid Dil Raju’s calls to convince her to take it on. So what made her rethink her decision?

Did a lot of homework
Samantha says she hasn’t met Trisha after watching 96. “I didn’t try to copy Trisha, though her performance was amazing. I tried to approach the Telugu film in a completely different way. Every scene is the same (as the original), but it looks different” she says.

Samantha did a lot of ‘homework’ for the role. She tried to get under the skin of the character she played, asking the director hundreds of questions about Jaanu’s childhood, parents, relationships and other background details, “Because a person’s behaviour depends on the childhood, parents, relationships and other experiences.” The director patiently answered all her questions and so she was able to bring Jaanu to life, says the actress.

Describing it as one of the most special films, and in terms of performance, among the best in her career, Samantha says if she hadn’t done Jaanu, she would have regretted it.

10 years in the industry
The actress said she treats every film as her first and takes it on as a challenge. “Initially, I worked for name and did not consider the money. I focussed on how I could connect to the audience through my roles, and the money came automatically,” she says.

“It’s almost 10 years since I came into the industry and I may work for two more years, but I should be remembered through my characters,” said Samantha. Asked to elaborate on her plans to ‘retire’, she said “it’s not about retirement; I am married, I want a family and it will happen.” She went on to add that “an actress’ career span is not long, so even after my retirement, people should remember me, that’s why I am giving my 100 per cent to all my roles.”

Talking of her husband Chaitanya, she says, “We have known each other over the last ten years, right from my first film, and we are more like friends. He is very supportive in all aspects. I think that friends always want the best for each other.”

On Family Man Season 2, the web series she has just completed, she says “You can see a new Samantha in it. I worked hard and I struggled a lot as I had to train for the action scenes. I didn’t use a body double. You can see me doing action scenes for the first time and also playing a negative role.”