Seeru film review: How to thank a thug who came to kill you

Look, all bad guys have a back story, alright? 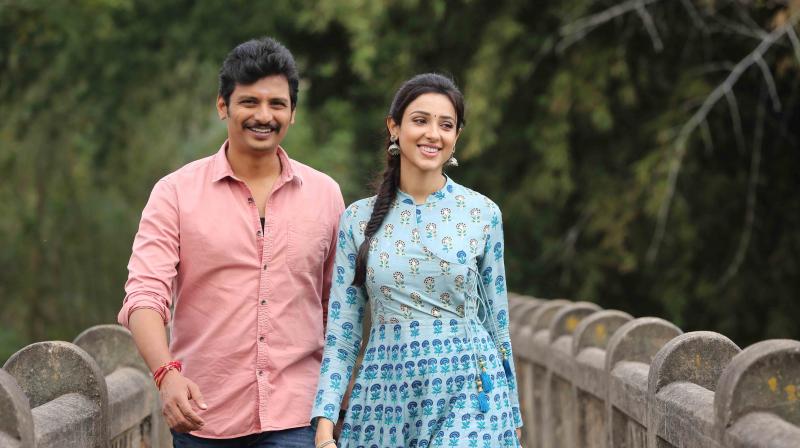 A scene from Seeru: An interlude between the mean business.
Rating:

Manimaran (Jiiva) is a local cable TV operator in Mayiladuthurai who covers local issues with his friend (Satish). His world revolves around his friends and younger sister who is in the family way. In the course of his work, he exposes the scam of an MLA (RNR Manohar), and the politician hires a thug Malli (Varun) from Chennai to bump him off. When Malli goes to Maran hometown to carry out the hit, a sudden turn of events leads him to save the life of his quarry’s sister. The hired hitman returns to Chennai without executing the job.

Now Manimaran goes in search of Malli to reciprocate his kindness. When he finally locates the hitman in Chennai, he is in for a shock. He witnesses a group of men, instigated by a high-profile criminal lawyer Ashok (Navdeep), attack Malli. Maran saves Malli.

We learn from a flashback about the source of enmity between Ashok and Malli. The rest of the story is all about how Maran saves Malli and defeats Ashok. It’s all a bit predictable.

Jiiva is in form as the macho hero, although he goes missing for almost 20 minutes in the second half of the film. A beefed-up Varun delivers a good performance as the thug. Navdeep as the suave villain is ok, but his character could have been written better.  Riya Suman is nothing to write home about. Among the girls, Chandini and Gayathri are impressive.

The film moves at a slow pace in the first half, which is filled with a mass intro of the hero, replete with punchlines and mundane romance and song sequences. The film gains momentum upon the arrival of Varun in the plot. The flashback portions are well shot.  However, the actual point of conflict is weak and logic goes missing in many places.

D Imman’s songs ‘Sevvandhiye’ and ‘Vaa Vasuki’ are hummable and the background score does well during the action sequences.  The runtime of 2 hours works in the film’s favour.